On view in the Sheffer Gallery from June 7 - August 6, 2022: Westport icons Ann Chernow and Miggs Burroughs double up in this exhibit inspired by the characters and contexts of classic film noir. Featuring Chernow’s stone lithographs and etchings of femme fatales, and Burroughs’ lenticular photographs drawn from “Double Indemnity” movie footage, the […] 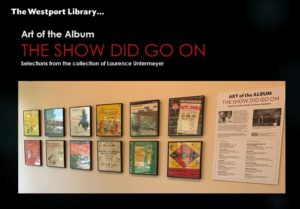