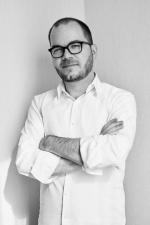 Did you enjoy reading Kitchens of the Great Midwest? J. Ryan Stradal comes to Westport with The Lager Queen of Minnesota, his new novel on family, Midwestern values, hard work, fate and the secrets of making a world-class beer.A sampling from a local microbrewery will be part of the event.
Registration is encouraged. Purchase a book too! Copies of the book will be available for sale and signing at the event.
The Lager Queen of Minnesota serves up a cast of lovable, quintessentially Midwestern characters eager to make their mark in a world that's often stacked against them. In this deeply affecting, humorous, emotional family saga, resolution can take generations, but when it finally comes, we're surprised, moved, and delighted.
J. Ryan Stradal is a contributing editor at TASTE Magazine. His bestselling debut, Kitchens of the Great Midwest, won the 2016 American Booksellers Association Indie's Choice Award for Adult Debut Book of the Year and also the 2016 Midwest Booksellers Choice Award for debut fiction. His writing has appeared in The Wall Street Journal, The Guardian, Granta, The Rumpus and the Los Angeles Review of Books, among other places. Born and raised in Minnesota, he now lives in Los Angeles, where he co-hosts a culinary-themed reading series called Hot Dish. He has also worked as a TV producer, notably for "Ice Road Truckers" and "Deadliest Catch."