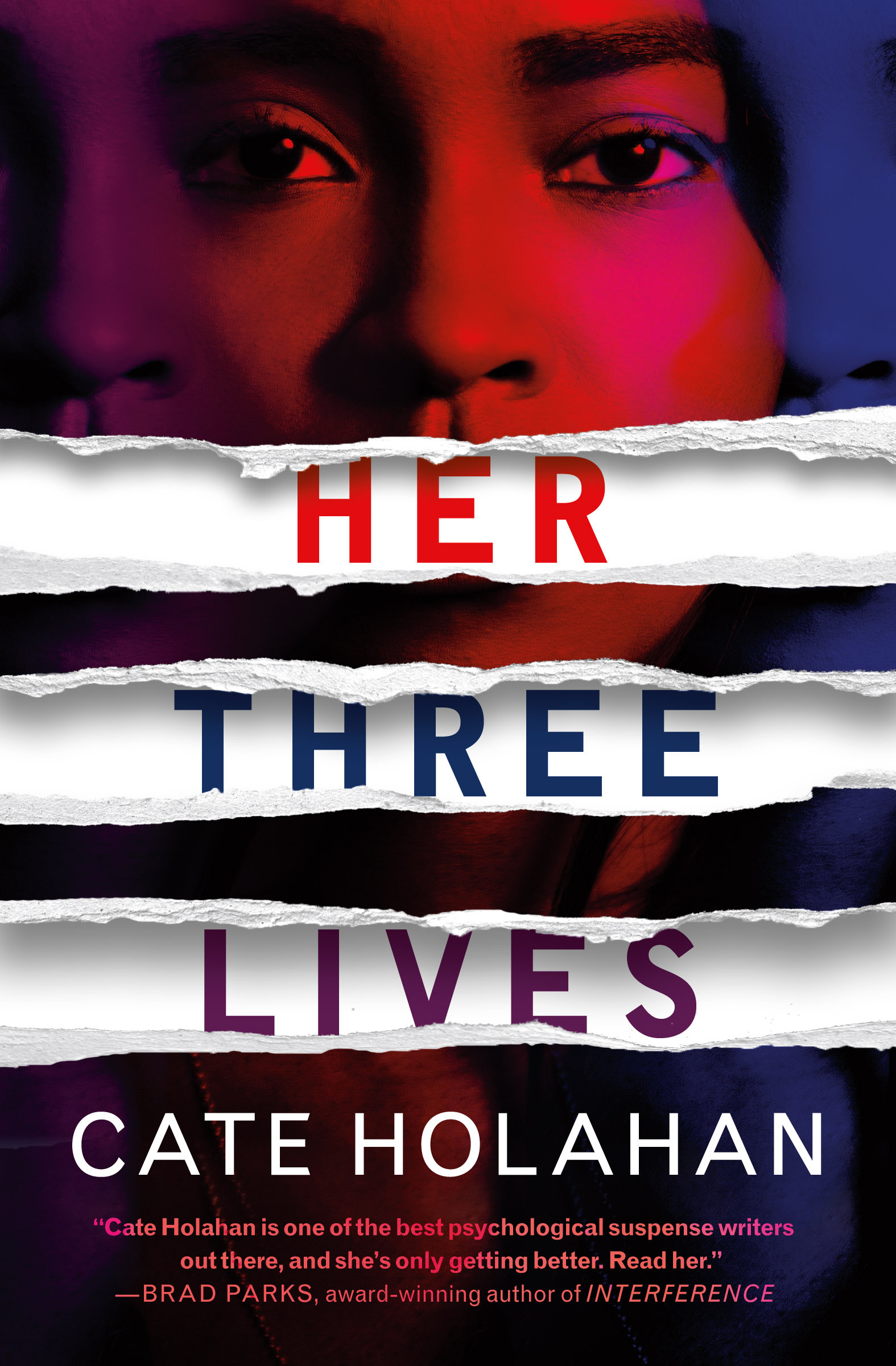 USA Today bestselling author Cate Holahan’s new thriller HER THREE LIVES, follows a family that must discover who the real enemy is after a violent home invasion breaks their trust in one another. The author will discuss her technology-based thriller with local writing teacher Judith Marks-White.

Jade Thompson is an up-and-coming social media influencer, she has a beautiful new home and a successful architect for a fiancé and seems to have it all. But there’s trouble behind the scenes. To her husband Greg’s children, his divorce from their mother and his new life can only mean a big mid-life crisis. To Jade, her husband’s suburban Connecticut upbringing isn’t an easy match with her Caribbean roots.
A brutal home invasion leaves Greg house-bound with a traumatic brain injury and glued to the live feeds from his ubiquitous security cameras. As the police investigate the crime and Greg’s frustration and rage grow, Jade begins to wonder what he may know about their attackers. And whether they are coming back.  As Greg watches Jade’s comings and goings, he becomes convinced that her behavior is suspicious and that she’s hiding a big secret.  The more he sees, the more he wonders whether the break-in was really a random burglary. And whether he’s worth more to Jade if he were dead.

Catherine "Cate" Holahan is the USA Today bestselling author of  THE WIDOWER'S WIFE, LIES SHE TOLD, DARK TURNS and ONE LITTLE SECRET. An award-winning journalist and former television producer, her articles have appeared in BusinessWeek, The Boston Globe, The Record newspaper, and on many web sites. She is a member of The Author's Guild, Sisters-in-Crime, and Crime Writers of Color. She is a graduate of Princeton University and lives in New Jersey.

Judith Marks-White began writing as soon as she could hold a pen. Having earned her publishing stripes at Time Inc., she went on to work as a columnist for Connecticut’s Westport News where her award-winning essays column, "In Other Words".  Her articles and feature stories have appeared in magazines, anthologies and newspapers throughout the country and she has been involved in  creative writing programs and conducts a series of writing workshops. Judith wrote two novels: Seducing Harry and Bachelor Degree and is the recipient of numerous writing awards from various organizations.

“Starts with a bang and never lets up. If you think you’ve got this one figured out - think again.”

“Recommended for anyone who enjoys Paula Hawkins or Gillian Flynn, primarily because it’s better.”