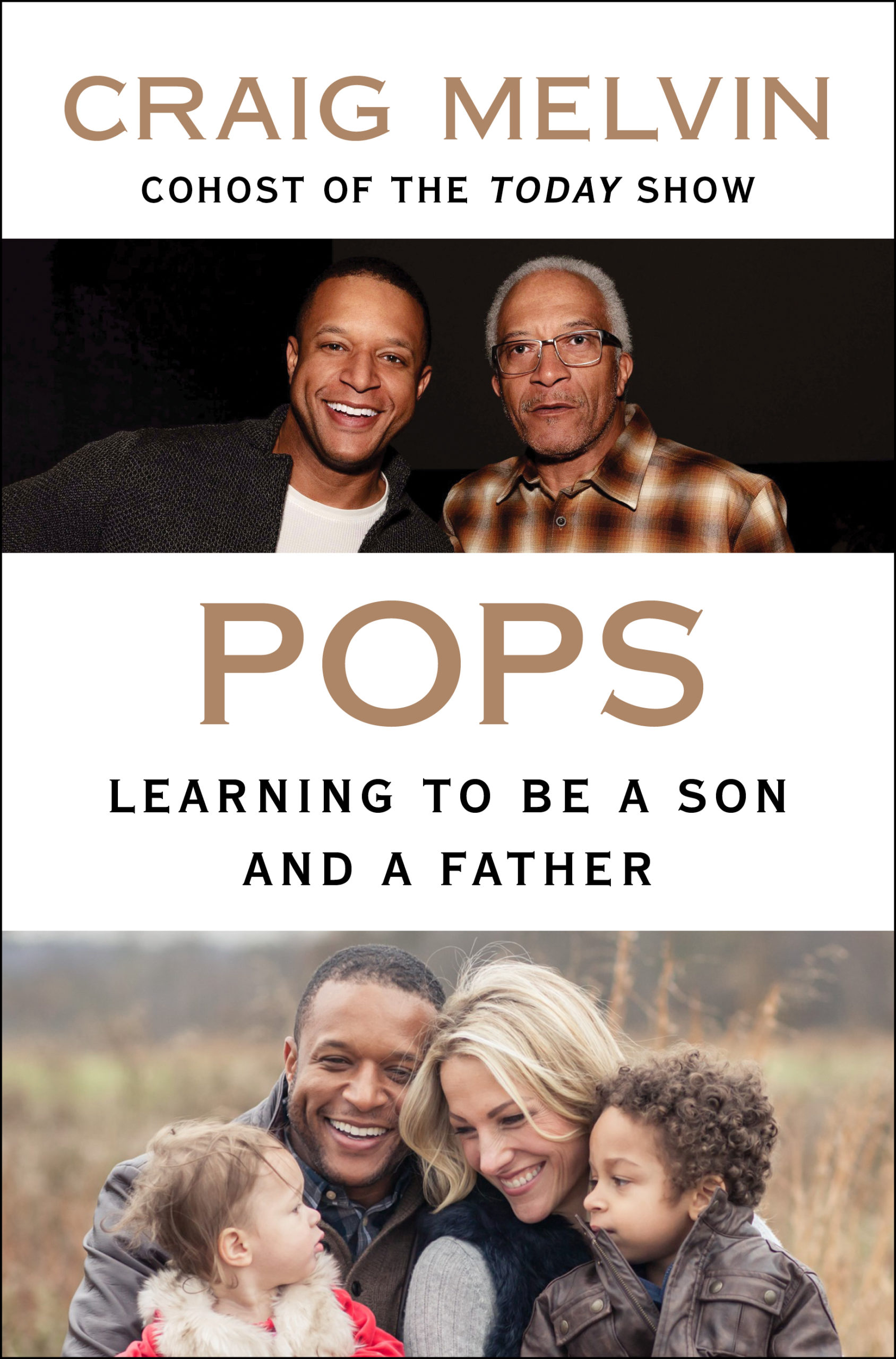 Anchor of NBC News’ Today show, Craig Melvin will discuss fatherhood, addiction,  resiliency and his new book, Pops: Learning to Be a Son and a Father with his wife, Lindsay Czarniak.

For Craig Melvin this book is more an investigation than a memoir. It's an opportunity to better understand his father; to interrogate his family's legacy of addiction and despair but also transformation and redemption; and to explore the challenges facing all dads—including Craig himself, a father of two young children.

Registration is open for participating via livestream or in person at the Westport Library.

Growing up in Columbia, South Carolina, Craig had a fraught relationship with his father. Lawrence Melvin was a distant, often absent parent due to his drinking as well as his job working the graveyard shift at a postal facility. Watching sports and tinkering on Lawrence's beloved (but unreliable) 1973 Pontiac LeMans were two ways father and son connected, but as Lawrence's drinking spiraled out of control, their bond was stretched to the breaking point. Fortunately, Craig had a loving, fiercely protective mother who held the family together. He also had a series of surrogate father figures in his life—uncles, teachers, workplace mentors—who by their examples helped him figure out the kind of person and father he wanted to be.

Pops is the story of all these men—and of the inspiring fathers Craig has met reporting his "Dads Got This Series" on the Today show. Pops is also the story of Craig and Lawrence Melvin's long journey to reconciliation and understanding, and of how all these experiences and encounters have informed Craig's understanding of his own role as a dad.

Craig Melvin is the news anchor of NBC News’ Today show, a cohost of the show’s third hour, and a host of Dateline NBC. Before joining Today, he was a longtime anchor on MSNBC, and before that was an anchor on NBC’s affiliate in Washington, DC. He has covered a wide variety of breaking news events during his career, including several national political conventions and the mass shootings in Charleston, South Carolina, and at Sandy Hook Elementary School in Connecticut. Melvin has also taken part in NBC Sports’ coverage of numerous major events, including the 2018 Winter Olympics and the 2019 Super Bowl. He graduated from Wofford College, in Spartanburg, South Carolina, where he now serves on the board of trustees.

Lindsay Czarniak is a sportscaster and NFL sideline reporter for FOX sports. Prior to joining FOX sports, she spent six years as SportsCenter anchor and field anchor/reporter for ESPN’s NFL pregame show, NFL Countdown. As solo anchor, Czarniak hosted ESPN’s “SportsCenter on the Road” initiative; anchoring the network’s coverage. from events like the Super Bowl, NBA Finals, World Series and MLB All Star game. She has also worked at WRC-TV (NBC4) in Washington, D.C., reported from the 2006 Winter Games in Turin, Italy, and the 2008 Summer Games in Beijing, Turner Sports, and WAWS/WTEV-TV in Jacksonville, FL.