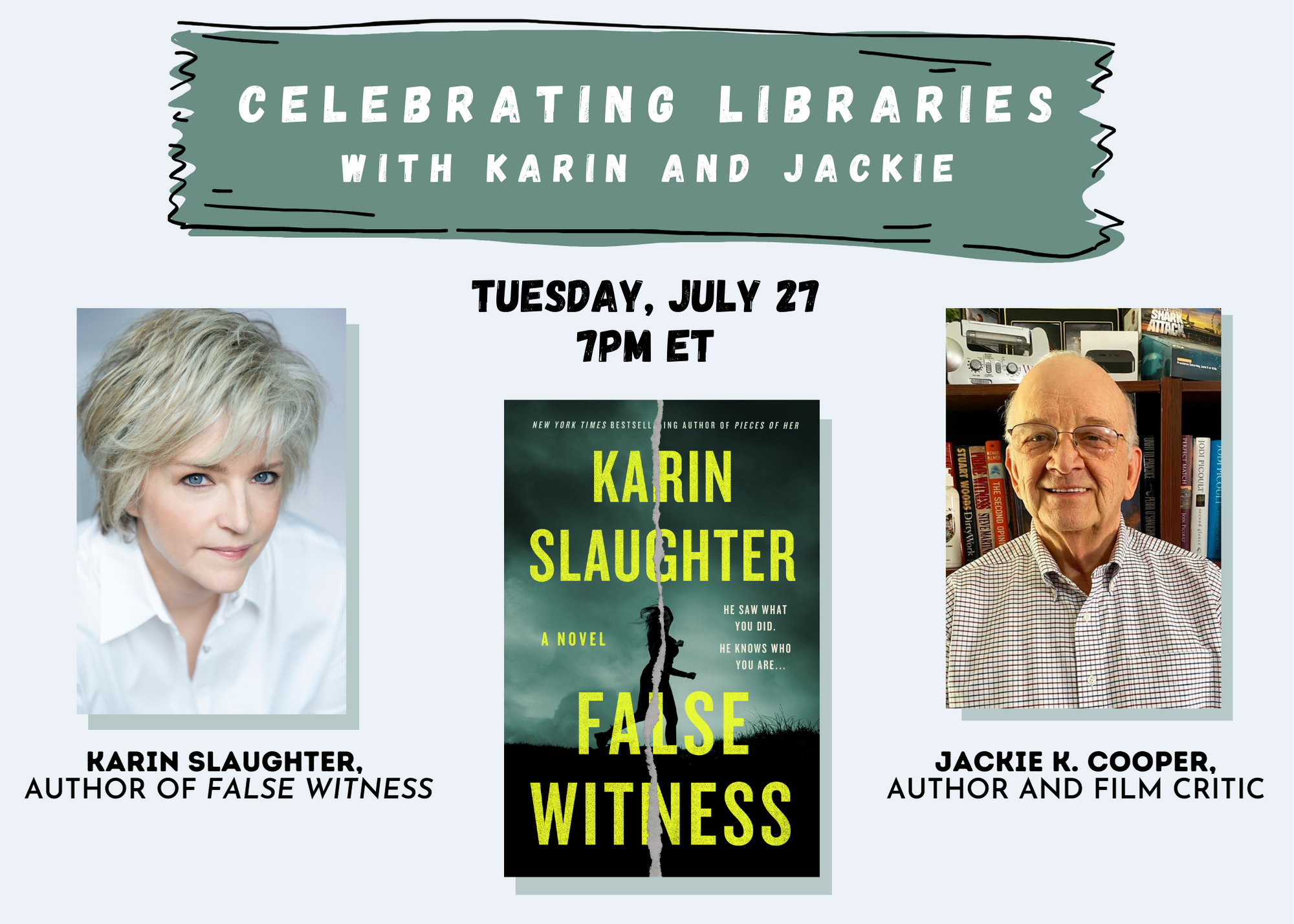 Karin Slaughter is one of the world’s most popular and acclaimed storytellers. Published in 120 countries with more than 40 million copies sold across the globe, her twenty-one novels include the Grant County and Will Trent books, as well as the Edgar-nominated COP TOWN and the instant New York Times bestselling standalone novels PRETTY GIRLS, THE GOOD DAUGHTER and PIECES OF HER. Slaughter is the founder of the Save the Libraries project—a nonprofit organization established to support libraries and library programming. A native of Georgia, she lives in Atlanta. Her standalone novel PIECES OF HER is in development with Netflix, and the Grant County and Will Trent series are in development for television.

Jackie Cooper is an American author and film critic. He is the host of the Jackie K. Cooper Show, an entertainment review television show broadcast weekly on Com South and Progressive Tel cable networks in the Middle Georgia area. He is also one of the founders of the Southeastern Film Critics Association and is also a member of the Broadcast Film Critics Association and the Broadcast Television Journalists Association. Jackie lives Perry, Georgia, and is the author of 7 books of memoirs and short stories.