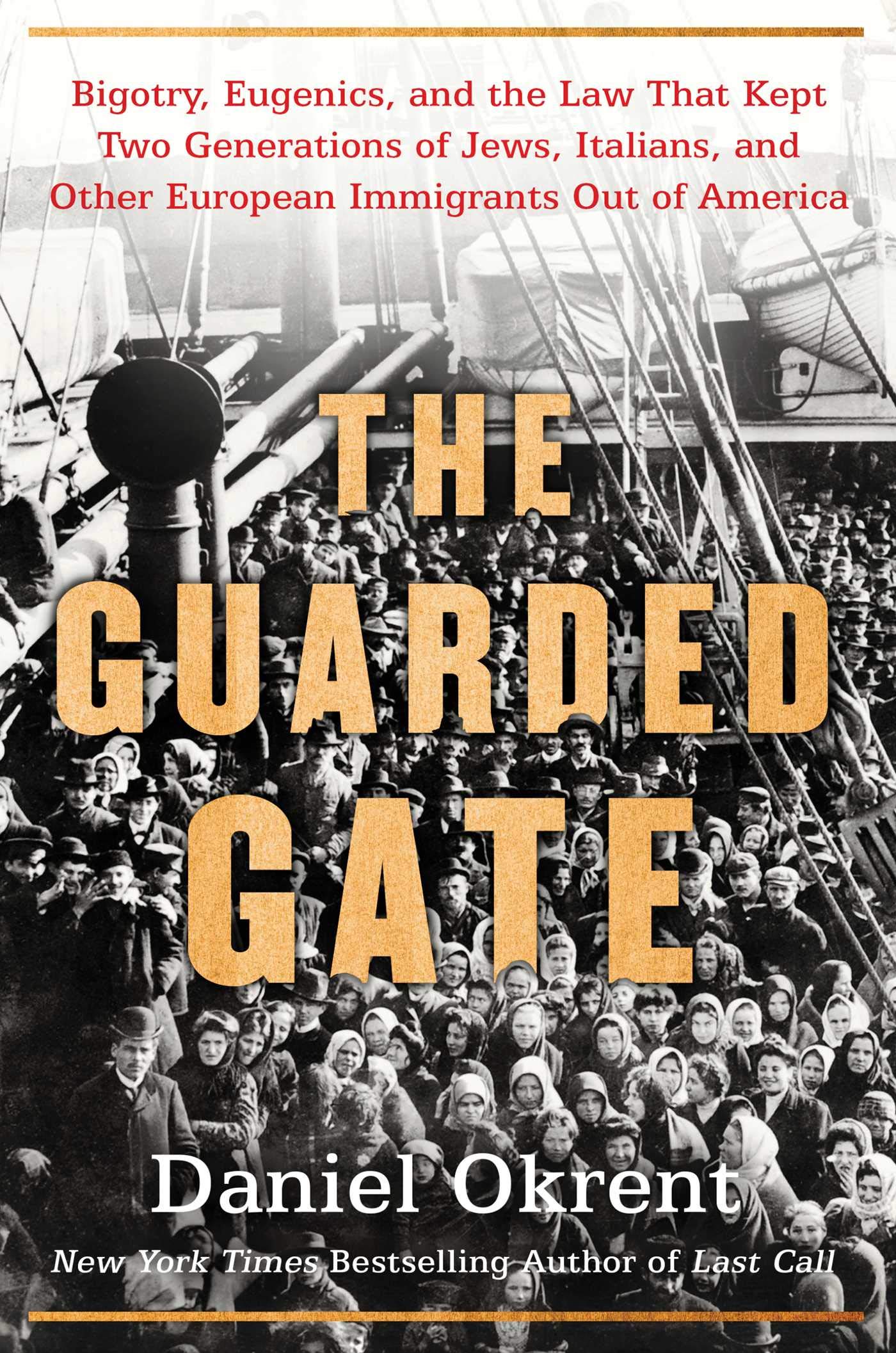 Please Note: This is a virtual event. PLEASE REGISTER HERE

THE GUARDED GATE: BIGOTRY, EUGENICS, AND THE LAW THAT KEPT TWO GENERATIONS OF JEWS, ITALIANS, AND OTHER EUROPEAN IMMIGRANTS OUT OF AMERICA

Daniel Okrent will discuss a dark chapter of American history, when scientific theories that certain nationalities were inherently inferior provided justification for harsh immigration laws that kept unwanted groups out of the US for more than 40 years.

The Guarded Gate, Okrent’s first book since the prize-winning Last Call tells the chilling story of how anti-immigration activists of the early twentieth century — most of them well-born, many of them progressives — used the bogus science of eugenics to justify closing the immigration door in 1924.

The Guarded Gate features a cast of characters ranging from Theodore Roosevelt to Margaret Sanger to Maxwell Perkins (the editor of Fitzgerald and Hemingway, he also published the leading proponents of what became known as “scientific racism”).

Funded by The CT Humanities

In conjunction with the The Golden Door exhibition. See the exhibition here.