Eric Burns on 1957, the Year that Launched the American Future 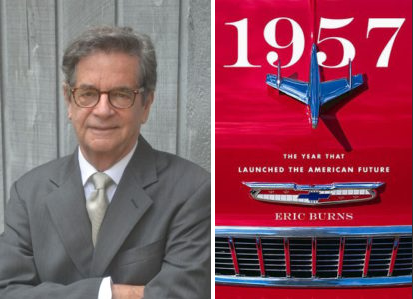 Join Eric Burns as he discusses his new book, 1957: The Year that Launched the American Future. This is a virtual event. PLEASE REGISTER HERE.

Purchase a bookplate signed copy of 1957.

After a career of more than 40 years in television journalism, including 8 as a correspondent for NBC News, which Emmy award winner Eric Burns describes as "the best job I ever had," he left the newsroom and found shelter for the archives---a retreat from the present to the past.  1957 is his fifteenth book.

He is the only non-academic author to have been so honored twice.  A later volume, 1920: The Year That Made the Decade Roar was chosen as one of the best non-fiction books of 2015.  Burns is presently at work on a book about the nineteenth century battle between science and the occult, called When the Dead Spoke . . . and the Smartest Minds in the World Listened.