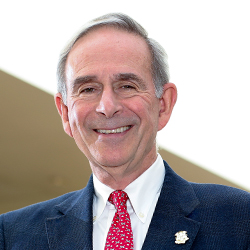 Since the drafting of the Constitution, and over a period of 240 years, there are only three truly relevant Supreme Court cases on the subject of the Second Amendment prior to 2008. In each instance, the Court found that it applied only to the arming of Militia’s. So what happened that altered court precedence and transformed the meaning of the Second Amendment? Attorney Ken Bernhard will take us through its history and explain how the events of the 60’s and the transformation of the NRA from an organization that supported gun restriction legislation to one that opposes all forms of government controls of gun ownership changed today’s political landscape.

Ken Bernard has forty- five years of practical experience representing individuals and a wide range of businesses in litigation, real property issues, and transactional matters. Having served as the Town Attorney for three Connecticut municipalities under eleven different administrations, Ken is acknowledged by his peers as an expert in matters involving land use, administrative appeals, condemnations, foreclosures, contracts and the drafting of regulations and legislation. He is listed in The Best Lawyers in America© 2013-2019 editions for his work in the area of Municipal Law, and in the 2018-2019 editions for his work in the area of Real Estate Law.

Ken previously served in the U.S. Army as a member of the Judge Advocates Generals Corps as an associate professor of law at the U.S. Military Academy at West Point, New York where he taught both criminal and constitutional law. Ken is a Senior Attorney with the Center for International Legal Studies located in Salzburg, Austria, and under its auspices he has taught United States Constitutional Law at nine different law universities in foreign countries from Latvia to Mongolia.