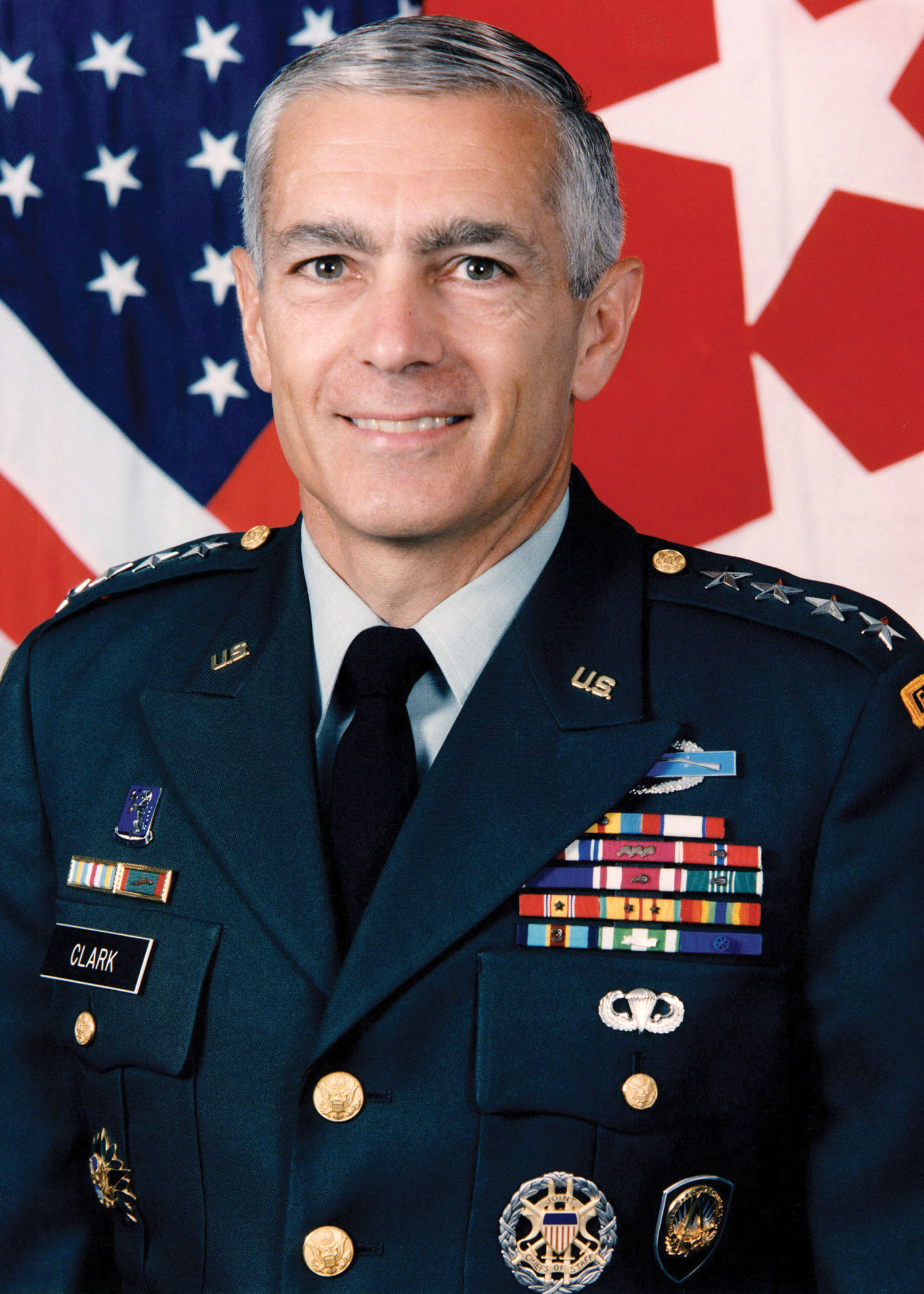 Join us as General Wesley Clark discusses the need for American leadership, civility and unity in order to overcome the challenges of the Covid-19 pandemic and our polarized American society.

Did you miss this? View the event here!

General Clark retired as a four-star general after 38 years in the United States Army, having served in his last assignments as Commander of US Southern Command and then as Commander of US European Command/Supreme Allied Commander, Europe. He graduated first in his class at West Point and completed degrees in Philosophy, Politics and Economics at Oxford University as a Rhodes scholar.

While serving in Vietnam, he commanded an infantry company in combat, where he was severely wounded and evacuated home on a stretcher. He later commanded at the battalion, brigade and division levels, and served in a number of significant staff positions, including Director, Strategic Plans and Policy. He was the principal author of both the US National Military Strategy and Joint Vision 2010, prescribing US warfighting for full-spectrum dominance. He also worked with Ambassador Richard Holbrooke in the Dayton Peace Process, where he helped write and negotiate significant portions of the 1995 Dayton Peace Agreement. In his final assignment as Supreme Allied Commander Europe he led NATO forces to victory in Operation Allied Force, a 78-day air campaign, backed by ground invasion planning and a diplomatic process, saving the lives of 1.5 million Albanians.

His awards include the Presidential Medal of Freedom, Defense Distinguished Service Medal (five awards), Silver Star, Bronze Star, Purple Heart, honorary knighthoods from the British and Dutch governments, and numerous other awards from other governments, including award of Commander of the Legion of Honor (France).

Clark is a Senior Fellow at UCLA’s Burkle Center for International Relations, Director of the Atlantic Council.  General Clark has written four books and is a frequent contributor on TV and to newspapers.