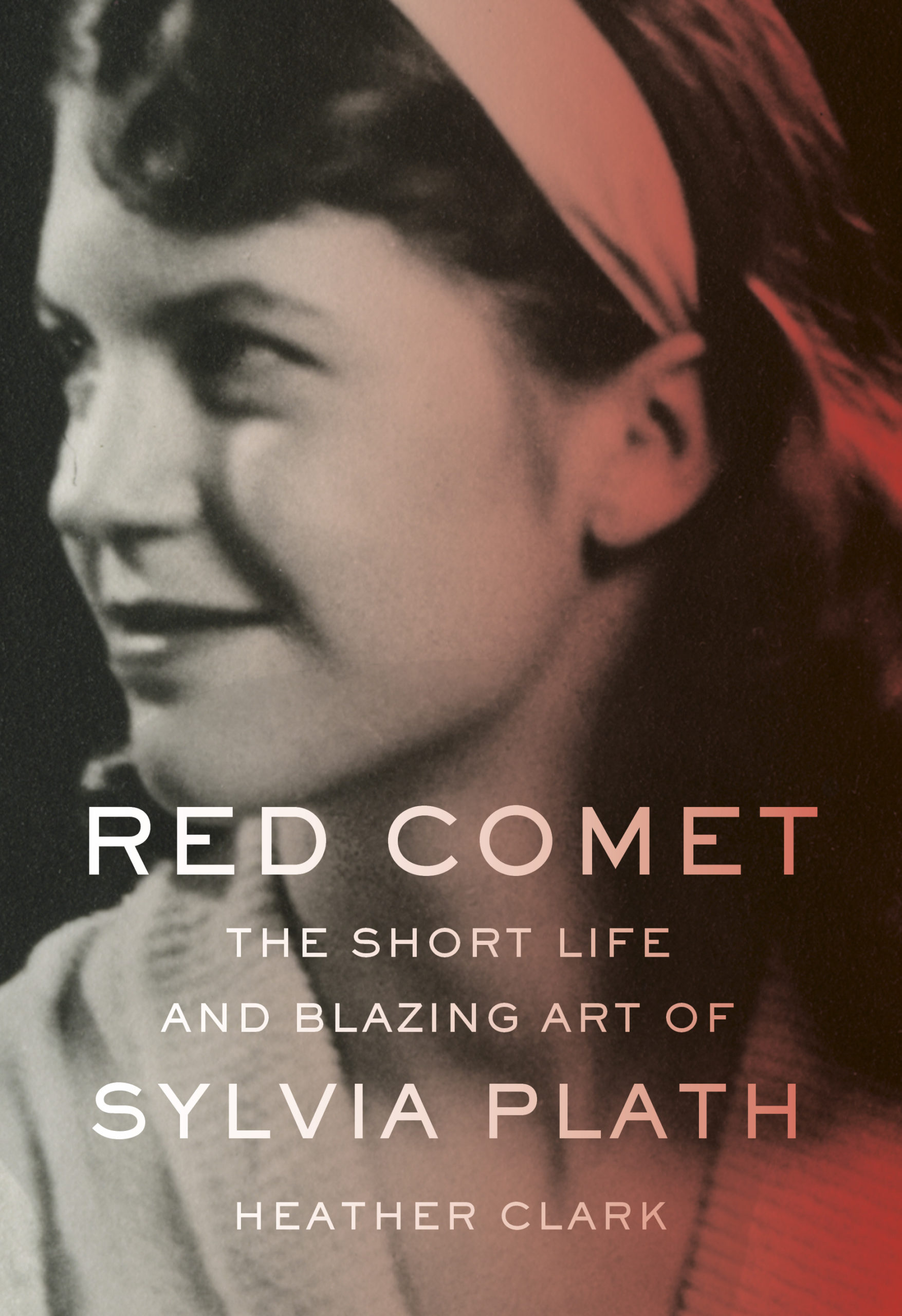 Heather Clark, author of Red Comet, discusses Sylvia Plath's life and work with Sybil Steinberg, who was a classmate and friend of the poet.

Missed the event? You can watch it here!

There are also out-of-print Sylvia Plath (and Ted Hughes) books available for purchase at the Westport Library. See the list here.

The highly anticipated new biography of Sylvia Plath that focuses on her remarkable literary and intellectual achievements, while restoring the woman behind the long-held myths about her life and art.

With a wealth of never-before-accessed materials--including unpublished letters and manuscripts; court, police, and psychiatric records; and new interviews--Heather Clark brings to life the brilliant daughter of Wellesley, Massachusetts who had poetic ambition from a very young age and was an accomplished, published writer of poems and stories even before she became a star English student at Smith College in the early 1950s. Determined not to read Plath's work as if her every act, from childhood on, was a harbinger of her tragic fate, Clark evokes a culture in transition, in the shadow of the atom bomb and the Holocaust, as she explores Plath's world: her early relationships and determination not to become a conventional woman and wife; her conflicted ties to her well-meaning, widowed mother; her troubles at the hands of an unenlightened mental-health industry; her Cambridge years and thunderclap meeting with Ted Hughes, a marriage of true minds that would change the course of poetry in English; and much more. Clark's clear-eyed portraits of Hughes, his lover Assia Wevill, and other demonized players in the

arena of Plath's suicide promotes a deeper understanding of her final days, with their outpouring of first-rate poems. Along with illuminating readings of the poems themselves, Clark's meticulous, compassionate research brings us closer than ever to the spirited woman and visionary artist who blazed a trail that still lights the way for women poets the world over.

"Red Comet (the title is taken from a poem of Plath's called "Stings") is nothing short of mesmerizing, bringing the reader inside a much-told by uncommonly intriguing narrative that has all too often been the object of fierce partisanship. Daphne Merkin, The New York Times

A major biography that redeems Plath from the condescension of easy interpretation. Kirkus Reviews

HEATHER CLARK earned her bachelor's degree in English Literature from Harvard University and her doctorate in English from Oxford University. Her awards include a National Endowment for the Humanities Public Scholar Fellowship; a Leon Levy Biography Fellowship at the City University of New York; and a Visiting U.S. Fellowship at the Eccles Centre for American Studies, British Library. A former Visiting Scholar at the Oxford Centre for Life-Writing, she is the author of The Grief of Influence: Sylvia Plath and Ted Hughes and The Ulster Renaissance: Poetry in Belfast 1962-1972. Her work has appeared in publications including Harvard Review and The Times Literary Supplement, and she recently served as the scholarly consultant for the BBC documentary Sylvia Plath: Life Inside the Bell Jar. She divides her time between Chappaqua, New York, and Yorkshire, England, where she is Professor of Contemporary Poetry at the University of Huddersfield.