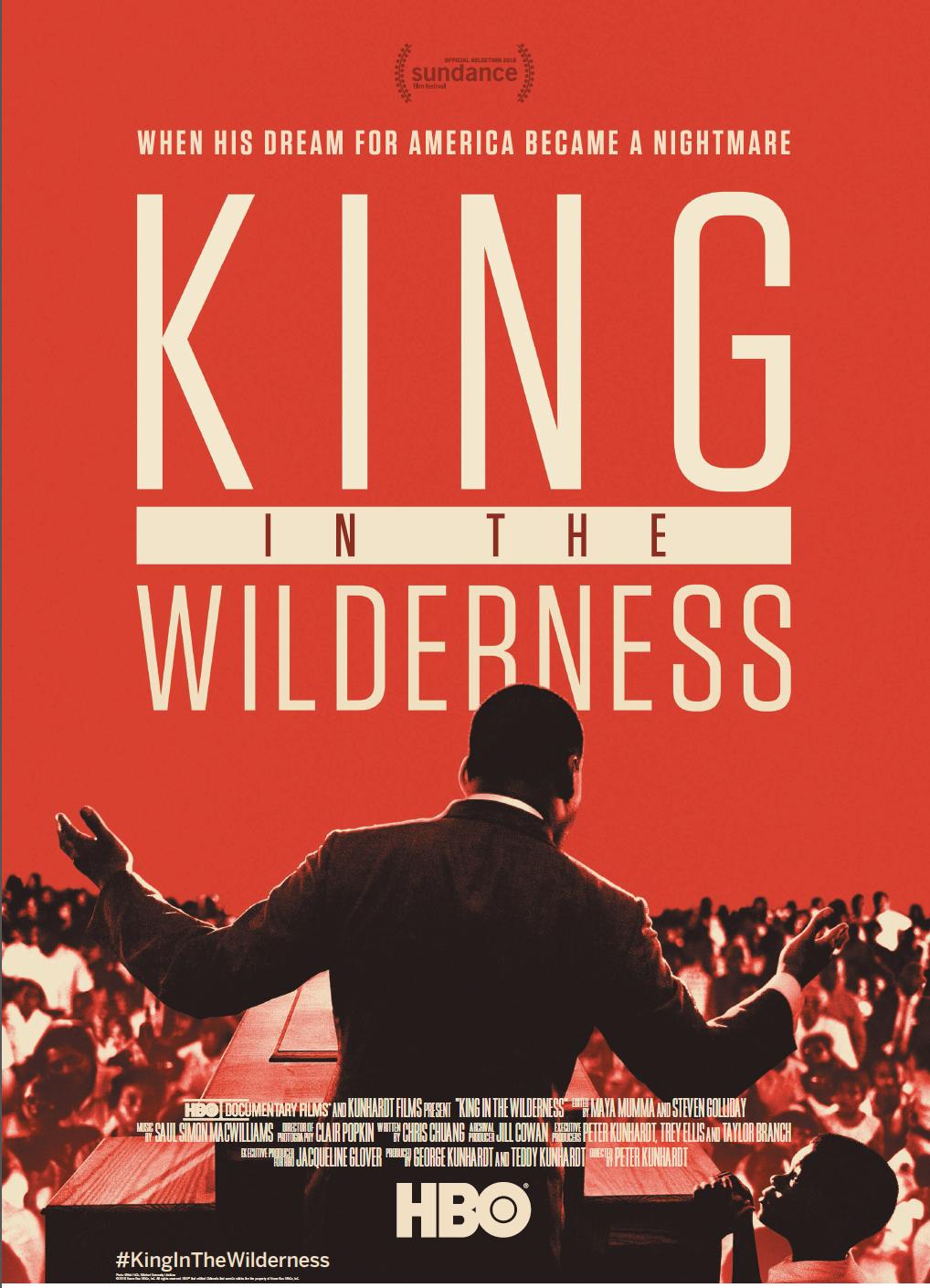 The Westport Library is proud to host a virtual screening of Trey Ellis’ critically acclaimed HBO documentary, "King in the Wilderness.” The screening will be followed by a conversation with Ellis and TEAMWestport’s Harold Bailey.

PLEASE NOTE: This is a virtual event. After you register, you will receive a link to the film that you can watch up to one week before the talkback, and another link to the conversation. REGISTER HERE

King in the Wilderness chronicles the final chapters of Dr. Martin Luther King Jr.’s life, revealing a conflicted leader who faced an onslaught of criticism from both sides of the political spectrum

King in the Wilderness chronicles the final chapters of Dr. Martin Luther King Jr.’s life, revealing a conflicted leader who faced an onslaught of criticism from both sides of the political spectrum. While the Black Power movement saw his nonviolence as weakness, and President Lyndon B. Johnson saw his anti-Vietnam War speeches as irresponsible, Dr. King’s unyielding belief in peaceful protest became a testing point for a nation on the brink of chaos.

Dr. King’s leadership during the bus boycotts, the sit-ins and the historic Selma to Montgomery marches is now legendary, but much of what happened afterward – during the last three years of his life – is rarely discussed. It’s a time when Dr. King said his dream “turned into a nightmare.” From the passage of the Voting Rights Act in 1965 to his assassination in 1968, King remained unshakably committed to nonviolence in the face of an increasingly unstable country.

The documentary debuted at the 2018 Sundance Film Festival and is directed by Peter Kunhardt (HBO’s Emmy-winning Jim: The James Foley Story). Drawing on conversations with those who knew Dr. King well, including many fellow members of the Southern Christian Leadership Conference (SCLC), King in the Wilderness reveals stirring new perspectives on Dr. King’s character, his radical doctrine of nonviolence and his internal philosophical struggles prior to his assassination in 1968. The documentary also features archival footage, behind-the-scenes video of Dr. King’s private moments, intimate archival photographs and phone conversations recorded by President Johnson, who was both ally and adversary in King’s fight for civil rights.