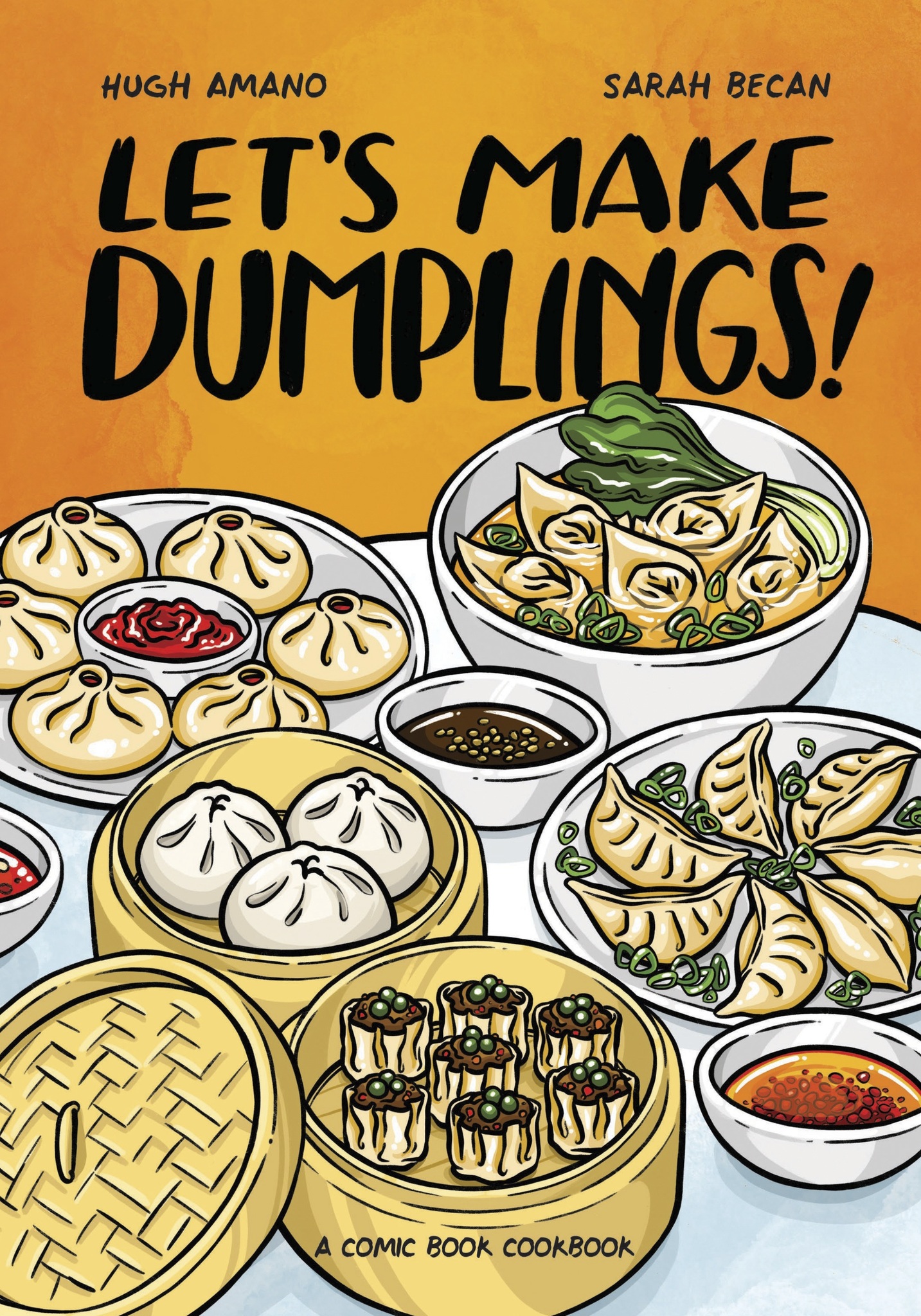 Explore a comic book cookbook to learn how to make Asian dumplings? Yes! Chef Hugh Amano and illustrator Sarah Becan will talk about the history of these morsels and recipes found in Let's Make Dumplings!

For novice and seasoned cooks, Let's Make Dumplings! gives guidance on folding styles and fillings from across Asia, as well as dumpling lore. This cookbook captures the deep level of connection that dumplings bring to any gathering and shows you how to create them in your own home.

Hugh Amano's devotion to exploring food and culture has taken him around the world, enriching his experience as a chef and writer. A graduate of The University of Colorado and New England Culinary Institute, he lives in Chicago, where the roster of dough-encased foods runs deep. He co-authored Let's Make Ramen! and The Adventures of Fat Rice, and he always puts out a big batch of gyoza for his annual New Year's Eve dinner party.

If you missed the program, you can watch here.

Sarah Becan has been drawing comics since she was very small. Her food-based autobiographical webcomic “I Think You’re Sauceome” sparked a love of food and culinary illustration, and her work has since appeared in various publications, including Saveur, Eater.com, Chicago Magazine, and the Chicago Reader. Her first graphic novel, The Complete Ouija Interviews, was a recipient of a Xeric award, and she illustrated Let's Make Ramen! and The Adventures of Fat Rice. She would be very happy to do nothing but draw food all day.