Mike "Doc" Emrick on Off Mike 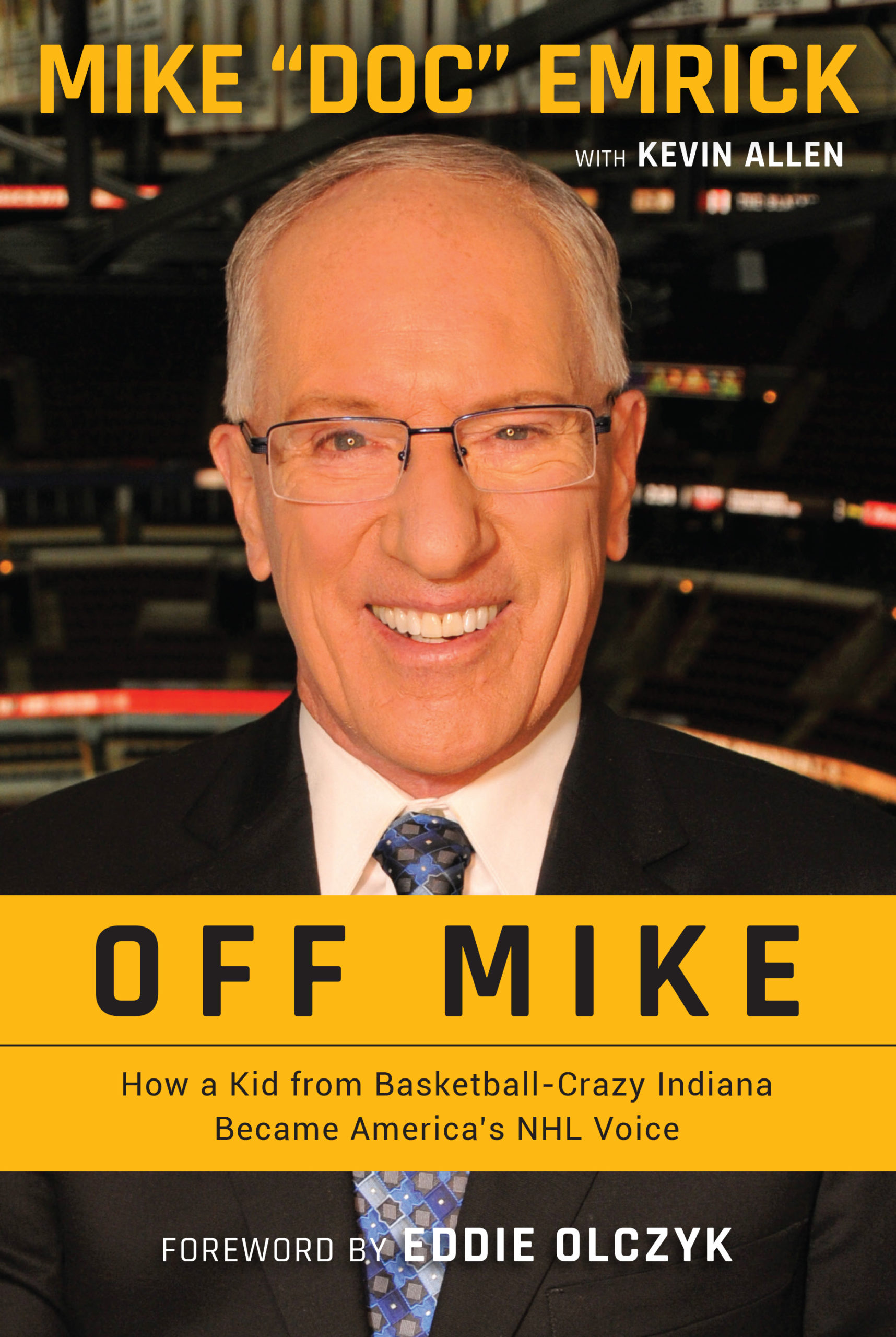 We're talking hockey with legendary announcer Mike Emrick! Join co-author Kevin Allen as he sits down with Mike for a conversation about his new book, Off Mike, and his life in hockey.

After nearly 50 years behind the microphone, the voice of hockey in America opens up in a must-read memoir.

Order a bookplate-signed copy of OFF MIKE here.

Mike “Doc” Emrick has seen everything there is to see in a hockey game. Sizzling slap shots. Commitment, courage, and camaraderie. Pugnacious pugilists. Game-winning goals. To hockey fans across the country, his voice—and vocabulary—have become synonymous with the game they love.

In Off Mike, Doc takes readers back to the beginning, detailing how a Pittsburgh Pirates fan from small-town Indiana found himself in the wild world of professional hockey, calling games for the New Jersey Devils, Philadelphia Flyers, and finally NBC.

He’s covered All-Star Games, Stanley Cup Finals, the Olympics, and everything in between, rubbing shoulders with hockey’s immortals both on and off the ice. Yet Doc’s life has had its share of ups and downs, from almost leaving behind the love of his life to the passing of beloved companions to personal health scares.

After years of being welcomed into our homes, in this autobiography Doc welcomes us into his, revealing the stories, wit, and wisdom that have made him one of the most beloved figures in sports.

Mike Emrick is an Emmy Award-winning television play-by-play commentator for NHL on NBC. "Doc" has been a sportscaster since 1973, calling a variety of sports and several Olympics.