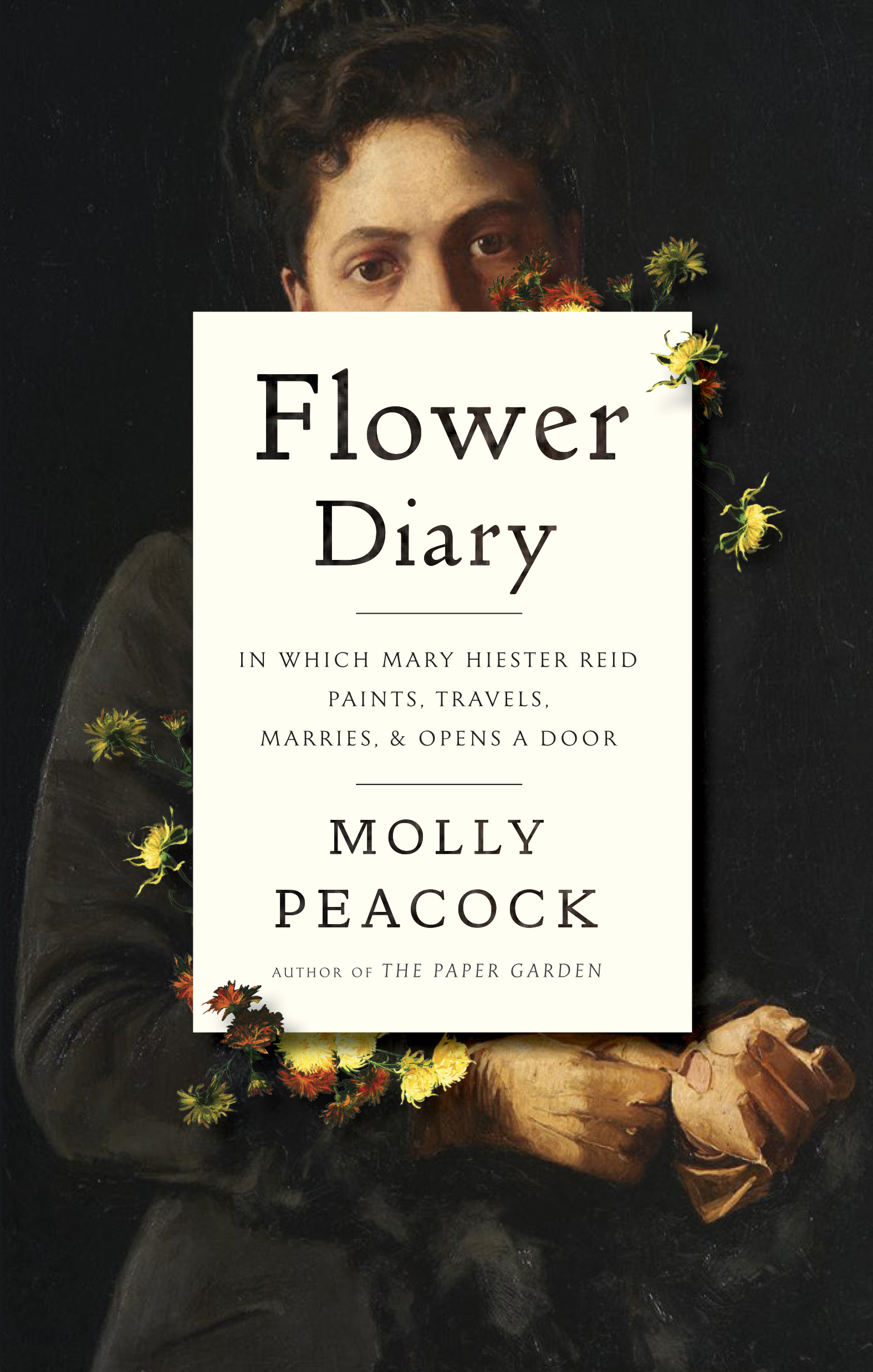 After she married fellow artist George Reid, Mary returned with him to his home country of Canada. There she set about creating over 300 stunning still life and landscape paintings, inhabiting a rich, if sometimes difficult, marriage, coping with a younger rival, exhibiting internationally, and becoming well-reviewed. She studied in Paris, traveled in Spain, and divided her time between Canada and the United States where she lived among America’s Arts and Crafts movement titans. She left slender written records; rather, her art became her diary and Flower Diary unfolds with an artwork for each episode of her life.

If you missed the program, you may view it here.

Biographer and distinguished poet Molly Peacock is the author of The Paper Garden: Mrs. Delany Begins Her Life’s Work at 72, as well as seven volumes of poetry, including The Analyst: Poems. She is an arts activist and, with a friend, started what became a cultural institution in New York City: Poetry in Motion on the subways and buses. A former Leon Levy Center for Biography Fellow and a dual American/Canadian citizen, Molly divides her time between Toronto and New York City.

Dale Najarian is an internationally recognised artist currently exhibiting her work in the North East including New York City, and most recently in the UK. Najarian began painting in watercolor and over the years experimented with other mediums including acrylics, mixed media, and oils.  She has a passion for photography and documenting her experiences is a huge part of her creative process. Najarian received her BFA from Moore College of Art & Design in Philadelphia and worked as an Art Director at various design firms and advertising agencies in New York City, Philadelphia and Washington DC. Najarian is an advocate and passionate about giving back. She is Events Coordinator for #UNLOADusa.org, using the arts to drive the conversation about ending gun violence. She currently serves on the Executive Board of the Artists Collective of Westport and is an active member of the Cultural Alliance of Fairfield County. She served on the Executive and General Board at The Westport Arts Center 2008-2016 while volunteering as a teaching artist at Yale’s Smilow Cancer Center.