Alexander Lobrano: MY PLACE AT THE TABLE 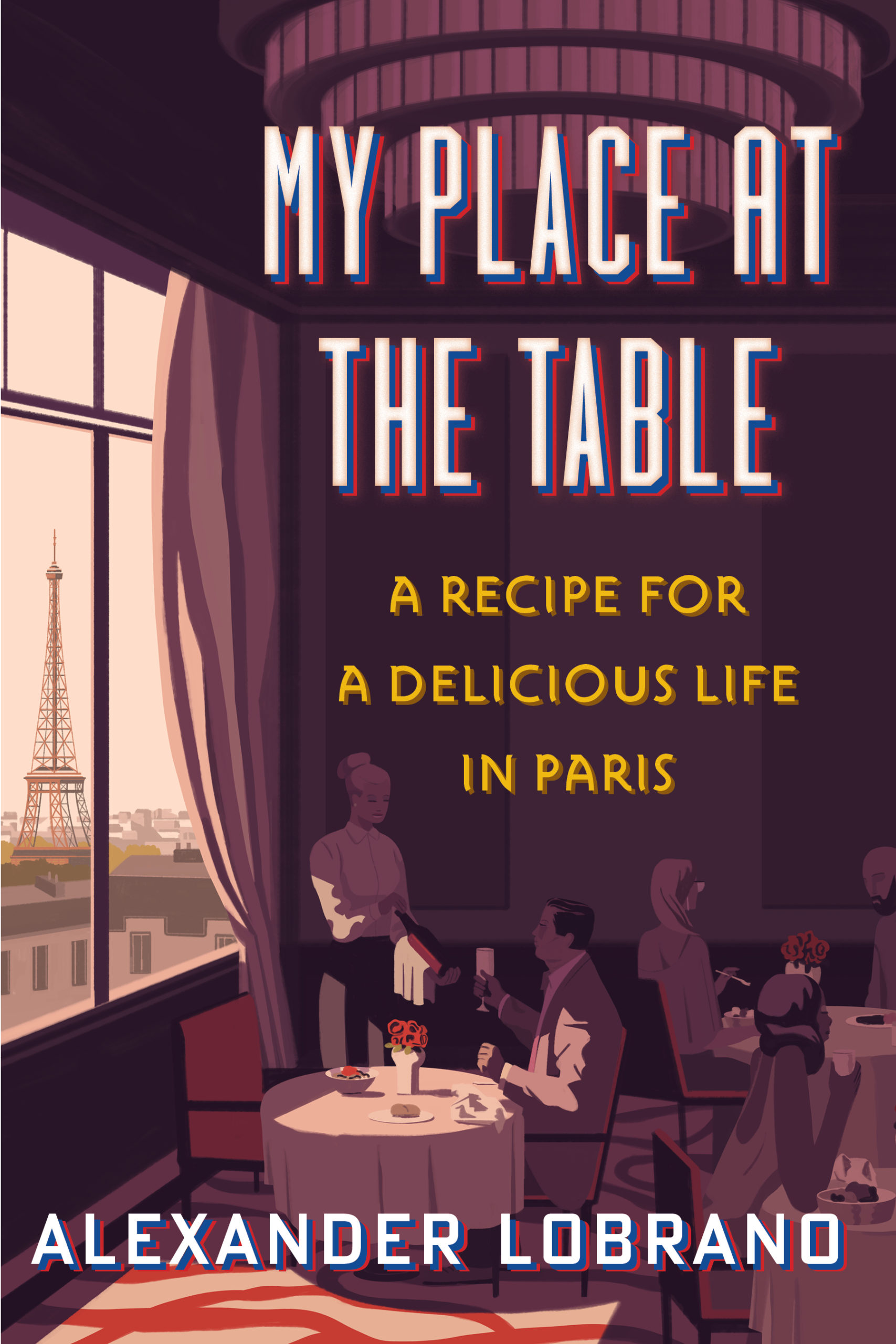 Alexander Lobrano returns to discuss his coming of age memoir with Westport's own Kelle Ruden. My Place At the Table: A Recipe for a Delicious Life in Paris is a moving coming-of-age story of how a gay man emerges from a wounding childhood, discovers himself, and finds love and an insider's guide to thirty of his favorite Paris restaurants.

Registration is open for participating via livestream or in person at the Westport Library. Copies of My Place At the Table are available for ordering and pickup at the Library for those who live nearby or shipping to those further away.

In this debut memoir, a James Beard Award–winning writer, whose childhood idea of fine dining was Howard Johnson’s, tells how he became one of Paris’s most influential food critics.

Until Alexander Lobrano landed a job in the glamorous Paris office of Women’s Wear Daily, his main experience of French cuisine was the occasional supermarket éclair. An interview with the owner of a renowned cheese shop for his first article nearly proves a disaster because he speaks no French. As he goes on to cover celebrities and couturiers and improves his mastery of the language, he gradually learns what it means to be truly French. He attends a cocktail party with Yves St. Laurent and has dinner with Giorgio Armani. Over a superb lunch, it’s his landlady who ultimately provides him with a lasting touchstone for how to judge food: “you must understand the intentions of the cook.” At the city’s brasseries and bistros, he discovers real French cooking. Through a series of vivid encounters with culinary figures from Paul Bocuse to Julia Child to Ruth Reichl, Lobrano hones his palate and finds his voice. Soon the timid boy from Connecticut is at the epicenter of the Parisian dining revolution and the restaurant critic of one of the largest newspapers in the France.

Alexander Lobrano writes regularly on food and travel for many publications, including the New York Times, the Wall Street Journal, Bon Appétit, Food & Wine, and Condé Nast Traveler. He has appeared on CBS Morning News, TODAY, Chef’s Table, and Iron Chef. He lives in Paris.

Kelle Ruden’s career in the book business has included bookstores, publishing and libraries. She served as the Manager and Editor of the Discover Great New Writers program at Barnes & Noble, as Marketing Director at Random House, and as the Program Director at the Westport Library, where she planned and executed over 400 cultural and educational programs each year. Kelle has been leading book discussions for over twenty-five years, including seventeen years spent with the Library’s mystery group, The Usual Suspects. Kelle served 2 terms as a member of the Westport Arts Advisory Committee, appointed by the First Selectman. She is also a passionate traveler and Paris is a favorite destination.