Pages Through the Ages Discussion: Narrative of the Life of Frederick Douglass 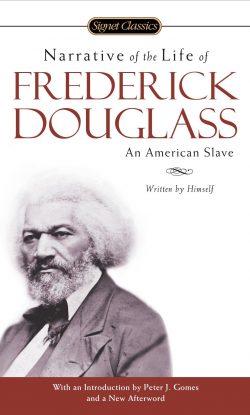 In this, the first and most frequently read of his three autobiographies, Douglass provides graphic descriptions of his childhood and horrifying experiences as a slave, as well as a harrowing record of his dramatic escape to the North and eventual freedom. Published in 1845 to quell doubts about his origins — since few slaves of that period could write — the narrative is admired today for its extraordinary passion, sensitive and vivid descriptions and storytelling power.