Pages Through the Ages Discussion: The Woman’s Hour 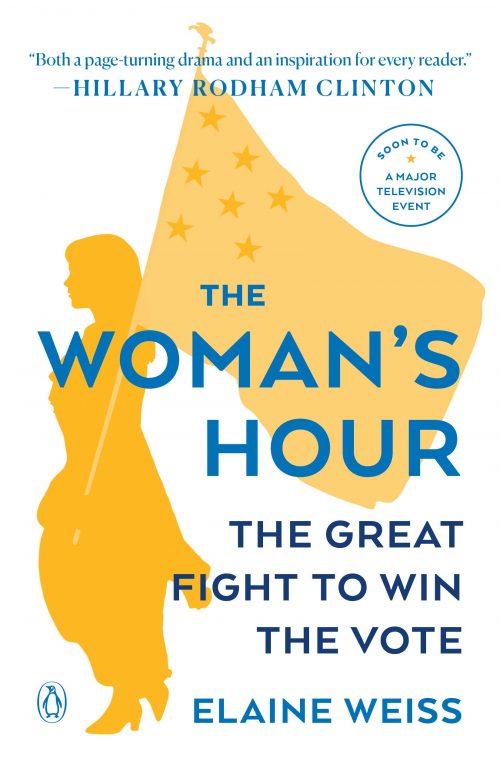 Discuss The Woman’s Hour by Elaine Weiss, the WestportREADS selection, just a few days after the author comes to speak (Thursday, October 17 at 7 pm). Soon to be a major television event, the nail-biting climax of one of the greatest political battles in American history: the ratification of the constitutional amendment that granted women the right to vote.

Nashville, August 1920. Thirty-five states have approved the Nineteenth Amendment, granting women the right to vote; one last state-Tennessee–is needed for women’s voting rights to be the law of the land. The suffragists face vicious opposition from politicians, clergy, corporations and racists who don’t want black women voting. And then there are the “Antis”–women who oppose their own enfranchisement, fearing suffrage will bring about the nation’s moral collapse. In one hot summer, they all converge for a confrontation, replete with booze and blackmail, betrayal and courage. Following a handful of remarkable women who led their respective forces into battle, The Woman’s Hour is the gripping story of how America’s women won their own freedom, and of the opening campaign in the great 20th-century battles for civil rights.