Pipe Dreams: The Urgent Global Quest to Transform the Toilet 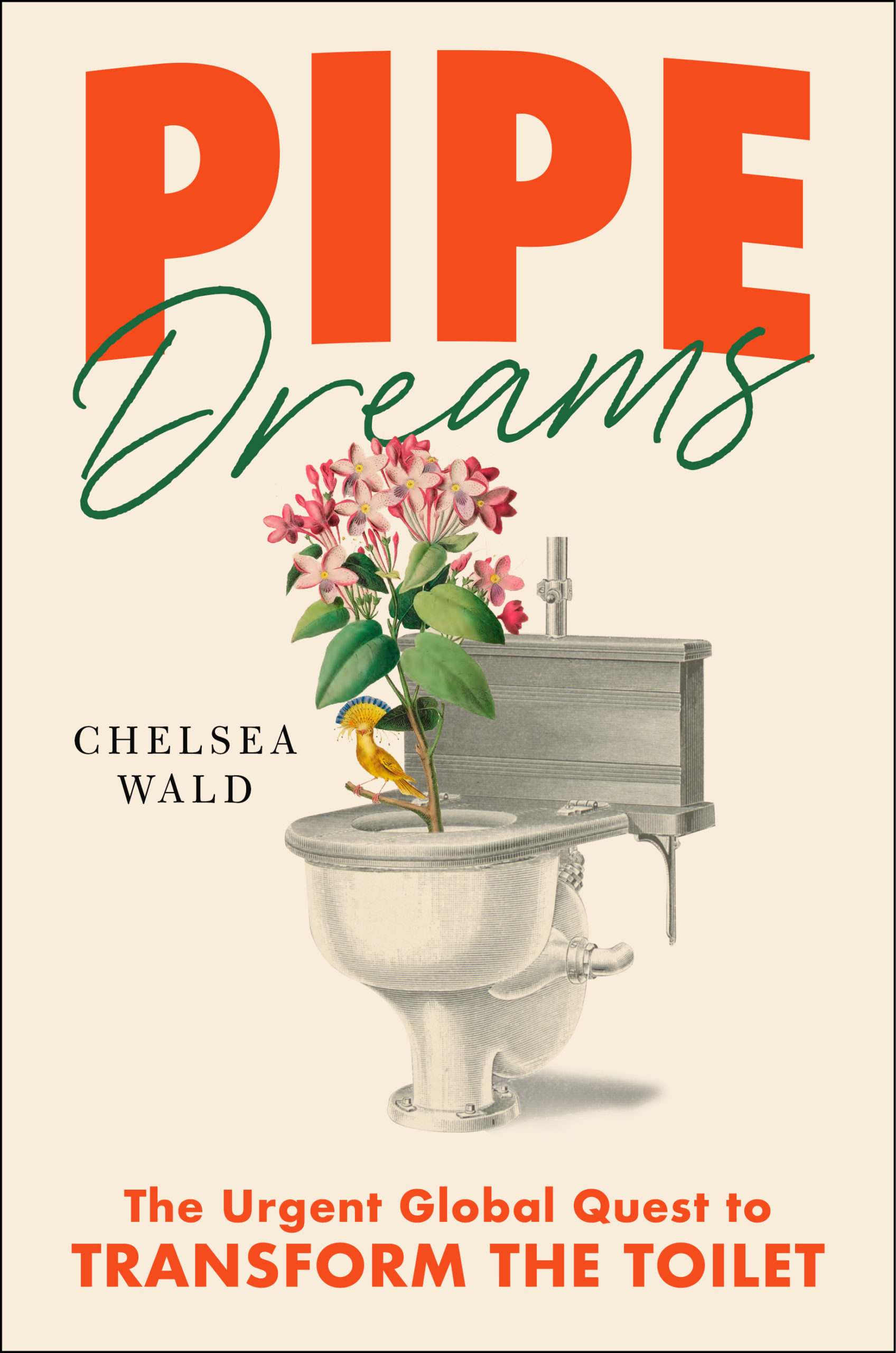 When was the last time you really thought about toilets? Award-winning science journalist, Chelsea Wald dives into the future of this bathroom centerpiece with Peter Boyd of Sustainable Westport. In PIPE DREAMS: The Urgent Global Quest to Transform the Toilet, Wald profiles the growing number of scientists, engineers, philanthropists, entrepreneurs and activist world wide who are focusing on making toilets accessible and healthier for humans and the planet.

This potential revolution in sanitation has many benefits, including reducing inequalities, mitigating climate change and water scarcity, improving agriculture, and optimizing health. Author Chelsea Wald takes us on a wild world tour from a compost toilet project in Haiti, to a plant in the Netherlands that harvests used toilet paper from sewage, and shows us a bot that hangs out in manholes to estimate opioid use in a city, among many other fascinating developments. Much more than a glorified trash can, the toilet, Wald maintains, holds the power to help solve many of the world’s problems, if only we can harness it.

Chelsea Wald has repeatedly plunged into the topic of toilets since 2013, when editors first approached

her to write about the latent potential in our stagnating infrastructure. Since then she has traveled to Italy, South Africa, Indonesia, and Haiti, as well as throughout the Netherlands and the United States, in search of the past and future of toilet systems. With a degree in astronomy from Columbia University and a master’s in journalism from Indiana University, Chelsea has fifteen years of experience of writing about science and the environment. She has won several awards and reporting grants, including from the Society of Environmental Journalists, the European Geosciences Union, and the European Journalism Centre. She cofounded and continues to help coordinate the DC Science Writers Association Newsbrief Awards for short science writing. She lives with her family in the Netherlands, in a region renowned for its water-related innovations. PIPE DREAMS is her first book.

Peter Boyd is a Lecturer at the Yale School of the Environment, Lecturer in the Practice of Management at the Yale School of Management and Resident Fellow at the Center for Business and the Environment. He is passionate about system change to a ‘Net-Zero’ world: from writing and speaking, to directly helping organizations that are accelerating the transition. He is a founding director of REDD.plus - a digital platform to bring UN-registered REDD+ forest carbon credits to a new world of purchasers who want to achieve Paris-Agreement-compliant carbon neutrality. In non-profit and government, he was Launch Director and COO of Sir Richard Branson’s Carbon War Room; served as Chair of The Energy Efficiency Deployment Office for the UK Department of Energy & Climate Change; and led The B Team’s ‘Net-Zero by 2050’ initiative focussed on business encouragement for an ambitious Paris Agreement at COP21. Peter  now lives in Westport, Connecticut where he serves as Chair of Sustainable Westport and warden of his local church.