Professor Jennifer A. Richeson on The Mythology of Racial Progress 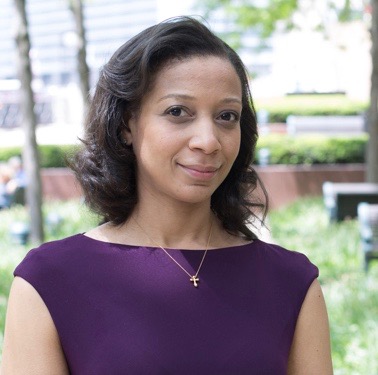 The Westport Library, in collaboration with TEAM Westport, is proud to welcome Jennifer A. Richeson, Yale University’s Philip R. Allen Professor of Psychology and 2006 MacArthur Foundation Fellow, as the inaugural speaker for a new program series centered on the issues of racial justice.

Professor Richeson will discuss facets of her research as it relates to our cultural conceptions of black progress, ideas she’s written about in The Atlantic piece, “The Mythology of Racial Progress” (September 2020).

This is a virtual event. Register and view the event here.

Professor Richeson’s work concerns the ways in which sociocultural group memberships such as race, gender, and socio-economic status impact the way people think, feel, and behave, especially during interactions with members of different sociocultural groups. Her current research is largely focused on dynamics and consequences of increasing racial, ethnic, and other forms of cultural diversity, most notably the rising racial/ethnic diversity of the nation.

About Jennifer A. Richeson: Psychologist Jennifer Richeson’s research focuses on the social psychological phenomena of cultural diversity. Her work generally concerns the ways in which social group memberships such as race and gender impact the way people think, feel, and behave. Specifically, she examines the processes of mind and brain that give rise to stereotyping and prejudice and, in turn, shape the ways in which individuals experience diversity. She is currently working on two primary lines of research: the dynamics and consequences of interracial contact and diversity and detecting, confronting, and managing the threats associated with prejudice and discrimination. Through the development of these research streams, Richeson hopes to contribute to a better understanding of intergroup relations, including how to foster cohesive culturally diverse environments. Her work has been published in various scholarly journals, including Psychological Science, Journal of Personality and Social Psychology, Nature Neuroscience, and Journal of Experimental Social Psychology, as well as appearing in popular publications such as The Economist and The New York Times. She was a visiting fellow at Stanford University’s Research Institute of Comparative Studies in Race and Ethnicity in 2004-05. In 2009 she received the Distinguished Scientific Award for Early Career Contributions to Psychology from the American Psychological Association. She was named one of 25 MacArthur Fellows in 2006 for her work as a leader in “highlighting and analyzing major challenges facing all races in America and in the continuing role played by prejudice and stereotyping in our lives.” In 2015, she won the John Simon Guggenheim Foundation Fellowship and was also elected to the National Academy of Sciences.

Reading and Learning about Anti-Racism