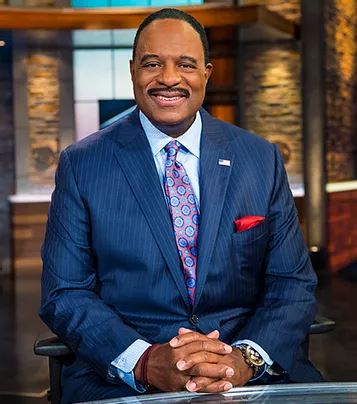 CBS News correspondent Jeff Pegues welcomes host of "The NFL Today," James Brown to preview the championship game and get you ready for Super Sunday with exclusive insights and analysis!

James Brown is the current host of “The NFL Today” on CBS and "Inside The NFL" on Showtime.  A three-time Emmy Award-winning network broadcaster, Brown, who was elected into the Sports Broadcasting Hall of Fame in August 2020, has hosted the Super Bowl a record-tying nine times including Super Bowl 53 on CBS. In 2010, SI.com named Brown the Best Studio Host of the Decade. Brown is a Special Correspondent for CBS News and contributes to programs such as “60 Minutes”, “CBS This Morning”, “CBS Evening News” and “48 Hours”. He is also a founding partner of Major League Baseball’s 2019 World Series Champion Washington Nationals.