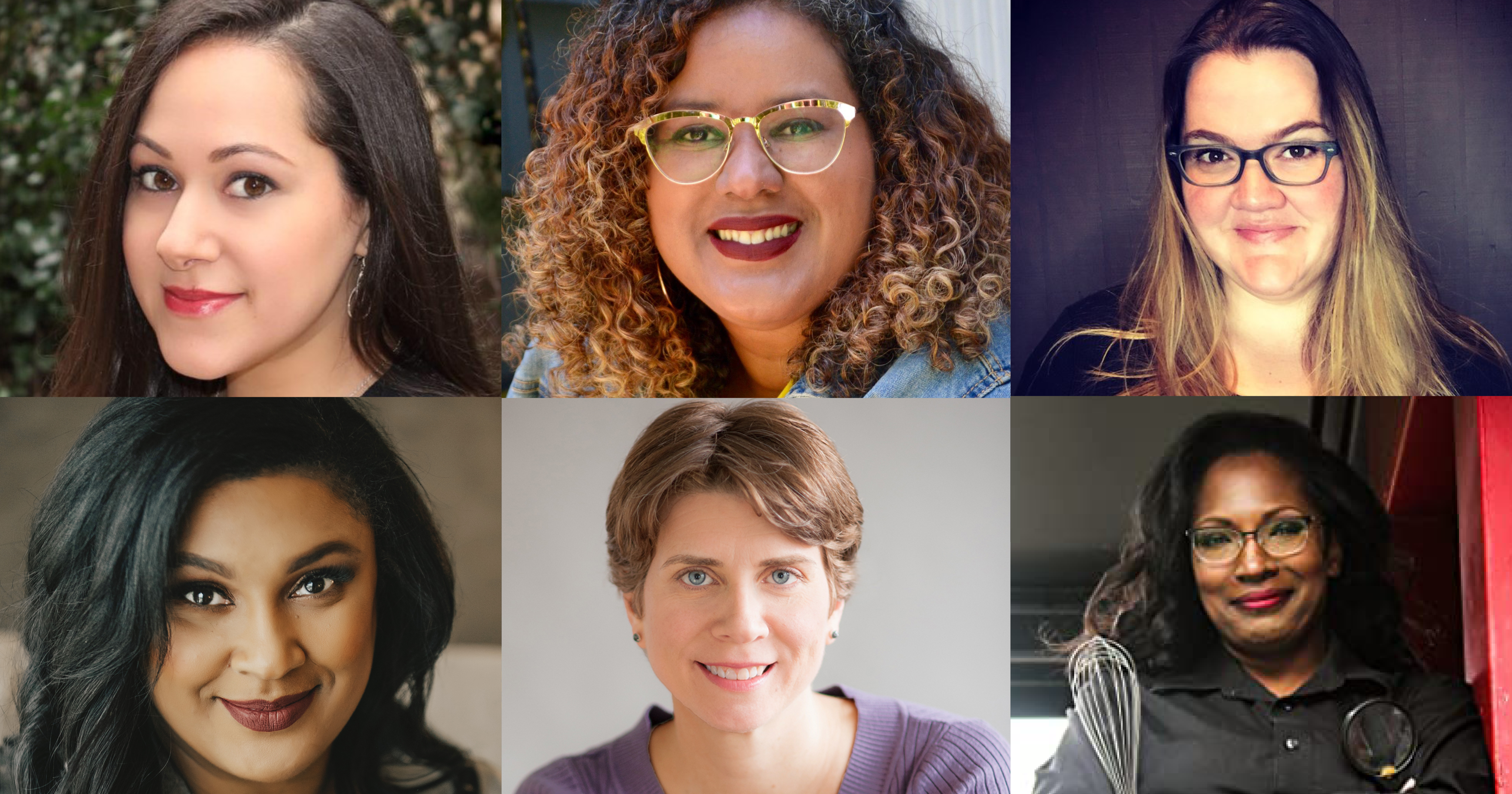 Love is a potent force: it can drive us mad, it can fill us up, it can change the course of our lives. These writers take love stories seriously, and the ways in which they choose to tell these stories shed light on the world we live in.

This is a virtual event. Click here to view the event.

Alexis Daria is a native New Yorker and award-winning author writing stories about successful Latinx characters and their (occasionally messy) familias. Her debut Take the Lead won the 2018 RITA® Award for “Best First Book” and was one of the “Best Romance Novels of 2017” in The Washington Post and Entertainment Weekly. Her super powers include spotting celebrities in NYC, winning Broadway ticket lotteries, and live-tweeting.

Adriana Herrera was born and raised in the Caribbean, but for the last fifteen years has let her job (and her spouse) take her all over the world. She loves writing stories about people who look and sound like her people, getting unapologetic happy endings. Her Dreamers series has received starred reviews from Publisher’s Weekly and Booklist and has been featured in The TODAY Show on NBC, Entertainment Weekly, OPRAH Magazine, NPR, Library Journal and The Washington Post. Her debut, American Dreamer, was selected as one of Booklist’s Best Romance Debuts of 2019, and one of the Top 10 Romances of 2019 by Entertainment Weekly.  Adriana is an outspoken advocate for diversity in romance and has written for Remezcla and Bustle about Own Voices in the genre. When she’s not dreaming up love stories, planning logistically complex vacations with her family or hunting for discount Broadway tickets, she’s a trauma therapist in New York City, working with survivors of domestic and sexual violence. Her debut novel, American Dreamer, has been featured on Entertainment Weekly, NPR, was one of the TODAY Show on NBC’s Hot Beach Reads picks. She’s one of the co-creators of the Queer Romance PoC Collective and serves as the president for the Romance Writers of America New York City Chapter.

New York Times, Washington Post & USA Today bestseller Sarah MacLean is the author of historical romance novels that have been translated into more than twenty languages. Sarah is a leading advocate for the romance genre, speaking widely on its place at the nexus of gender and cultural studies. A romance columnist and co-host of the weekly romance novel podcast, Fated Mates, her work in support of romance and the women who read it earned her a place on Jezebel.com's Sheroes list and led Entertainment Weekly to call her "the elegantly fuming, utterly intoxicating queen of historical romance." Sarah is a graduate of Smith College & Harvard University. She lives in New York City.

Kennedy Ryan, A RITA® Award Winner and USA Today Bestseller, writes for women from all walks of life, empowering them and placing them firmly at the center of each story and in charge of their own destinies. Her heroes respect, cherish and lose their minds for the women who capture their hearts. Kennedy and her writings have been featured in Chicken Soup for the Soul, USA Today, Entertainment Weekly, Glamour and many others. She has always written for charity and non-profit organizations, but has a special passion for raising Autism awareness.The co-founder of LIFT 4 Autism, an annual charitable book auction, she has appeared on Headline News, Montel Williams, NPR and other media outlets as an advocate for ASD families. She is a wife to her lifetime lover and mother to an extraordinary son.

Award-winning author Joanna Shupe has always loved history, ever since she saw her first “Schoolhouse Rock” cartoon. Joanna won Romance Writers of America’s Golden Heart® Award for Best Historical in 2013. Since then, her books have appeared on numerous yearly “best of” lists, including Publishers Weekly, The Washington Post, Kirkus Reviews, Kobo, and BookPage.

Nikki Woolfolk (They/Them) is a professional chocolatier, published author of short and long fiction, a public speaker, and a fixture within certain fandom and convention-based communities. Their goal is to bridge the gap between joie de vivre, of fandom and geeky things, and the prestige and know-how of the culinary community.

Stephanie Klose is a genre fiction enthusiast, book reviews editor at Library Journal, and Westport resident since 2018. She loves helping readers find the next book they can’t put down.

Love Is in the Air