StoryFest 2020: What the Dark Teaches Us 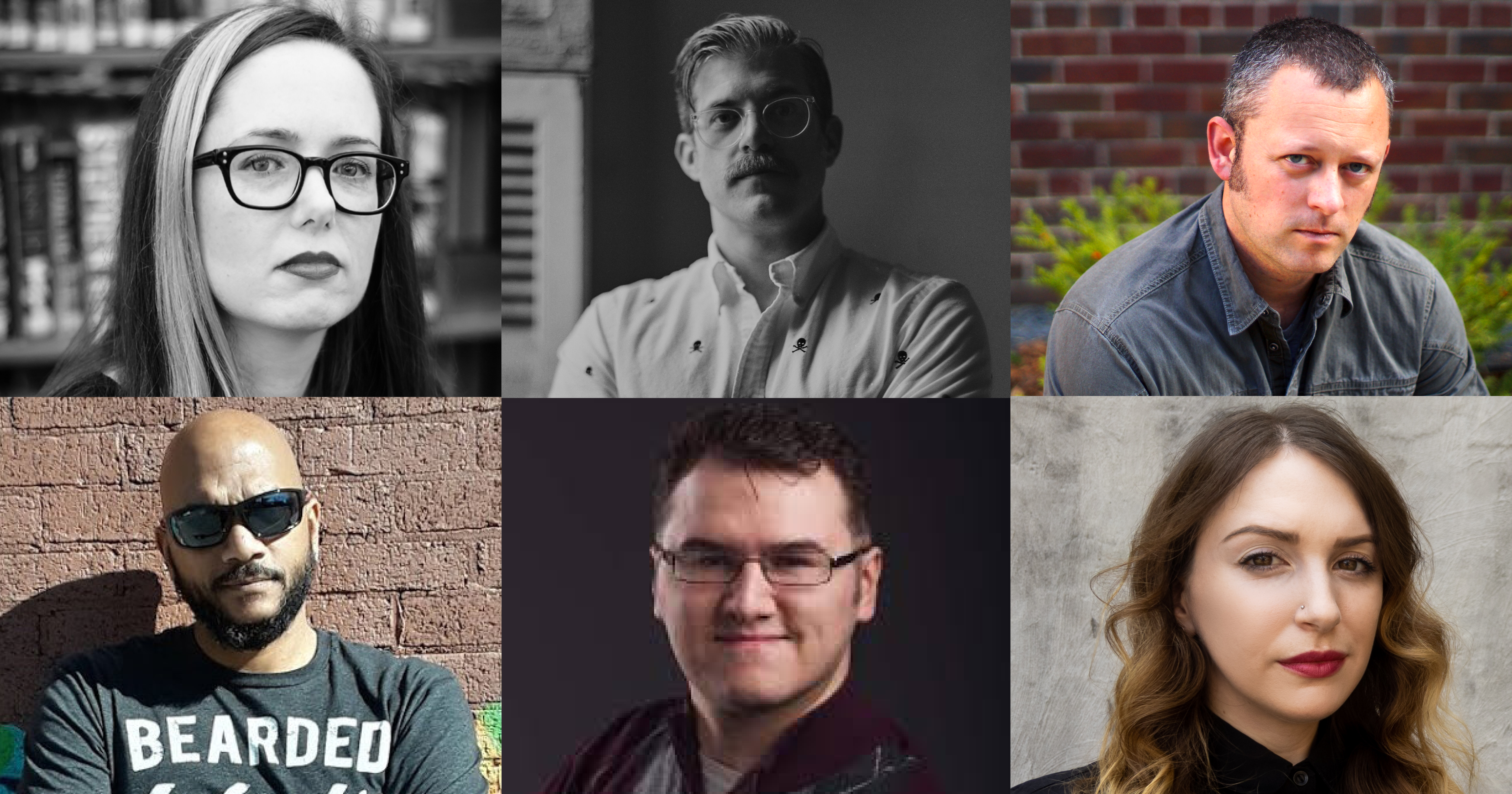 StoryFest 2020 continues with a panel of some of today's top genre writers discussing the value of stories that explore the dark, moderated by StoryFest alum and Stoker-nominated writer Bracken MacLeod.

This is a virtual event. Click here to view the archived event.

Horror. Crime fiction. Thrillers. These genres peek into the shadows and dig up truths about who we are. These writers aren’t afraid of the dark, and their explorations of it shed light on who we are and where we’re headed.

Emma J. Gibbon is originally from the U.K. and now lives in Maine. She is a horror writer, Rhysling-nominated poet and librarian. Her debut fiction collection, Dark Blood Comes from the Feet, is out now from Trepidatio Publishing. She also has a story upcoming in Would but Time Await: An Anthology of New England Folk Horror. Her poetry has been published in Strange Horizons, Liminality and Kaleidotrope among others. Emma lives with her husband, Steve, and three exceptional animals: Odin, Mothra and M. Bison (also known as Grim). Her website is emmajgibbon.com.

Rachel Harrison was born and raised in the weird state of New Jersey. She received her bachelor's in Writing for Film & Television from Emerson College. After graduating, she worked on TV game shows, in publishing, and for a big bank. She lives in Rochester, NY with her husband and their cat/overlord. The Return is her first novel.

Rob Hart is the author of THE WAREHOUSE, which has sold in more than 20 languages and been optioned for film by Ron Howard. He is also the author of the Ash McKenna PI series, the short story collection TAKE-OUT, and he co-wrote SCOTT FREE with James Patterson.

Benjamin Percy is the author of four novels -- most recently, The Dark Net -- three story collections -- including Suicide Woods -- and a book of essays titled Thrill Me that is widely taught in creative writing classrooms. His sci-fi trilogy -- The Comet Cycle -- will be published in 2021 by Houghton Mifflin Harcourt and has been optioned by the Russo brothers (Avengers: Endgame). He is part of the new Dawn of X-Men at Marvel and writes both Wolverine and X-Force. He has also written for DC Comics and Dynamite Entertainment and is known for his celebrated runs on Green Arrow, Teen Titans, Nightwing, and James Bond. His fiction and nonfiction have been published in Esquire (where he was a contributing editor), GQ, Time, Men's Journal, Outside, the Wall Street Journal, Ellery Queen's Mystery Magazine, Ploughshares, Tin House, McSweeney's, and the Paris Review. He wrote two seasons of the audio drama -- Wolverine -- produced by Marvel and Stitcher. The first season, "Wolverine: The Long Night," was listed as one of the top 15 podcasts of the year by Apple and won the iHeartRadio Award for Best Scripted Podcast. His other honors include the Whiting Award, an NEA fellowship, the Whiting Award, the Plimpton Prize, two Pushcart Prizes, and inclusion in Best American Short Stories, 100 Years of the Best American Short Stories, and Best American Comics.

Errick Nunnally was born and raised in Boston, Massachusetts, he served one tour in the Marine Corps before deciding art school would be a safer—and more natural—pursuit. He is permanently distracted by art, comics, science fiction, history, and horror. Trained as a graphic designer, he has earned a black belt in Krav Maga/Muay Thai kickboxing after dark. Errick’s work includes: the novels, BLOOD FOR THE SUN, ALL THE DEAD MEN, and LIGHTNING WEARS A RED CAPE; a comic strip collection, LOST IN TRANSITION; and first prize in one hamburger contest. The following are some short stories and their respective magazines or anthologies: UNIFORM (Fiyah Literary Magazine), PENNY INCOMPATIBLE (Lamplight, v.6, #3 and the Podcast NIGHTLIGHT); JACK JOHNSON AND THE HEAVYWEIGHT TITLE OF THE GALAXY (The Final Summons); WELCOME TO THE D.I.V. (Wicked Witches); A FEW EXTRA POUNDS (Transcendent); and A HUNDRED PEARLS (PROTECTORS 2: stories to benefit PROTECT.ORG). Eventually, Errick came to his senses and moved to Rhode Island with his two lovely children and one beautiful wife. Visit erricknunnally.us to see his work.

Dennis. E. Staples is an Ojibwe writer from Bemidji, Minnesota. He graduated from the Institute of American Indian Arts with an MFA in fiction. He is a graduate of the 2018 Clarion West Writers Workshop and a recipient of the Octavia E. Butler Memorial Scholarship. His work has appeared in Asimov's Science Fiction and Nightmare magazine. He is an enrolled member of the Red Lake Nation.

Bracken MacLeod is the Splatterpunk, Bram Stoker, and Shirley Jackson Award nominated author of the novels, MOUNTAIN HOME, COME TO DUST, STRANDED, and CLOSING COSTS, coming in 2021 from Houghton Mifflin Harcourt. He’s also published two collections of short fiction, 13 VIEWS OF THE SUICIDE WOODS (no relation to Benjamin Percy’s wonderful collection) and WHITE KNIGHT AND OTHER PAWNS. Before devoting himself to full time writing, he worked as a civil and criminal litigator, a university philosophy instructor, and a martial arts teacher. He is quarantined outside of Boston with his wife and son, where he is at work on his next novel... if he lives long enough to finish it.

Award Winners for Mystery and Horror