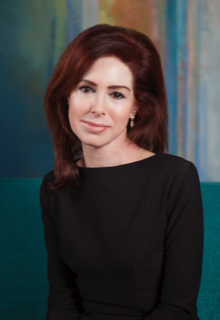 The Westport Library is pleased to welcome Susan Shapiro Barash (aka Susannah Marren) to discuss her new release, A Palm Beach Scandal.

This is a virtual event. Register to view the event here.

From the author of A Palm Beach Wife, Marren's new novel is set in the exclusive, glamorous world of Palm Beach. Marren follows two sisters as one offers the ultimate selfless act to the other, proving the very meaning of family, in this novel of artifice and intrigue.

Marren will be joined in conversation by Fairfield County author, Libby Waterford.

Susan Shapiro Barash (aka Susannah Marren) is an established writer of thirteen nonfiction women’s issue books, and fiction under her pen name Susannah Marren. She has been featured in The New York Times, The Wall Street Journal, The New York Post, The Chicago Tribune, Elle, Marie Claire, and has appeared on national television including the Today Show, Good Morning America, CBS, CNN, and MSNBC. Barash has been a guest on national radio including NPR and Sirius Radio. Speaking appearances include Credit Suisse, Bayer Diagnostics, UBS, United Way, Kravis Center and the Society of the Four Arts. Several of her titles have been optioned by Lifetime and HBO. Her nonfiction titles include Tripping the Prom Queen, Toxic Friends and The Nine Phases of Marriage. Her novels are Between the Tides and A Palm Beach Wife. Her new novel, A Palm Beach Scandal, was released in September.