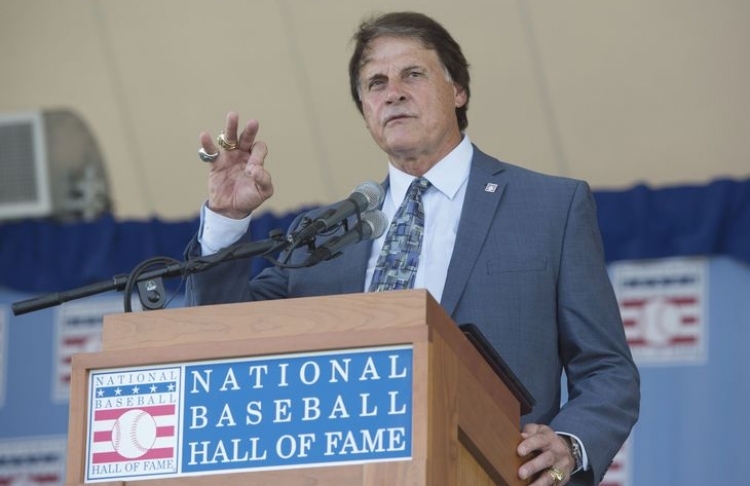 Spring Training starts a week early this year, as the Westport Library is honored to welcome Major League Baseball Hall of Fame manager--and the new manager of the Chicago White Sox--Tony La Russa! Tony will be joined by longtime friend Steve Parrish for a career-spanning chat that'll cover World Series victories, classic baseball stories, and you'll get some insight into Tony's mindset as he prepares to take helm of the White Sox for the 2021 season. Join us for an unforgettable evening around the baseball hot stove.

Tony La Russa was elected unanimously into the Major League Baseball Hall of Fame and inducted in 2014 for his outstanding achievements as manager for the Chicago White Sox, Oakland Athletics, and St. Louis Cardinals, solidifying his place as one of the greatest baseball managers of all time.

After leading the St. Louis Cardinals to win the 2011 World Series, Tony took a break from his managerial career. He served as Chief Baseball Officer for the Arizona Diamondbacks, Vice President and Special Assistant to the President of Baseball Operations for the Boston Red Sox, and Senior Advisor for Baseball Operations for the Los Angeles Angels. In October of 2020, it was announced that Tony would be returning to the dugout to manage the Chicago White Sox, 34 years after last wearing the White Sox uniform. Amidst his baseball priorities, Tony also retains his duties as Chairman of the Board at ARF (Animal Rescue Foundation).

Steve Parrish is the founder of Steve Parrish Consulting Group, LLC specializing in crisis management, corporate social responsibility, public affairs and communications for senior executives of corporations, law firms, and nonprofit organizations. Prior to founding SPCG, Steve was Senior Vice President, Corporate Affairs, of Altria
Group, Inc., serving in that capacity from 1995 until his retirement in 2008. At Altria, Steve was responsible for the Altria family of companies' government relations, communications, issues management, corporate philanthropy and corporate compliance. He chaired the company's crisis management team and served as Secretary of the Public Affairs and Social Responsibility Committee of the Board of Directors of Altria Group, Inc.

Steve led Altria’s efforts to build bridges to a range of stakeholders, including public health organizations, civic groups, the media and government. For more than a decade, Steve actively supported proposals to grant the Federal Food and Drug Administration authority to regulate the tobacco industry. His efforts were documented in network news broadcasts and national publications, including ABC’s “Peter Jennings Reporting”, a New York Times Magazine cover story, “If It’s Good for Philip Morris, Can It Also Be Good for Public Health?” and the national best-seller, “A Question of Intent”, by former Food and Drug Administration Chairman, Dr. David Kessler.

Steve has addressed a broad range of organizations, including the National Center on Addiction and Substance Abuse, the U.S. Hispanic Chamber of Commerce, The Conference Board and the World Presidents Organization. He has appeared on numerous national news programs such as Face the Nation, Meet the Press, Nightline, The News Hour on PBS, the Today Show and CBS Morning News.

Steve was born in Moberly, Missouri, and currently resides in Westport, Connecticut.