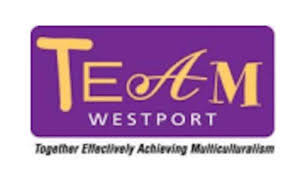 In order to increase awareness and promote understanding in the arenas of race, ethnicity, religion, gender, sexual orientation, and gender-identity, TEAM Westport and The Westport Library are co-sponsoring the Seventh Annual Teen Diversity Essay Contest for students in grades 9, 10, 11, and 12 who attend Staples High School or another school in Westport, or reside in Westport and attend school elsewhere.

A stereotype is a widely-held but fixed and oversimplified image or idea of a person, frequently based on that person’s race, ethnicity, religion, gender, sexual orientation, or gender-identity. Stereotypes are often unconscious and may be introduced and reinforced—intentionally or unwittingly–by many sources, including family, peers, the popular media, curricula, and society at large. While last year’s TEAM Westport contest focused on microaggressions, this year’s challenge asks you to examine stereotypes, which often inspire microaggressions and fuel bias and overt racism.

Essays are due no later than February 28, 2020 through this link: https://www.westportct.gov/home/showdocument?id=22736