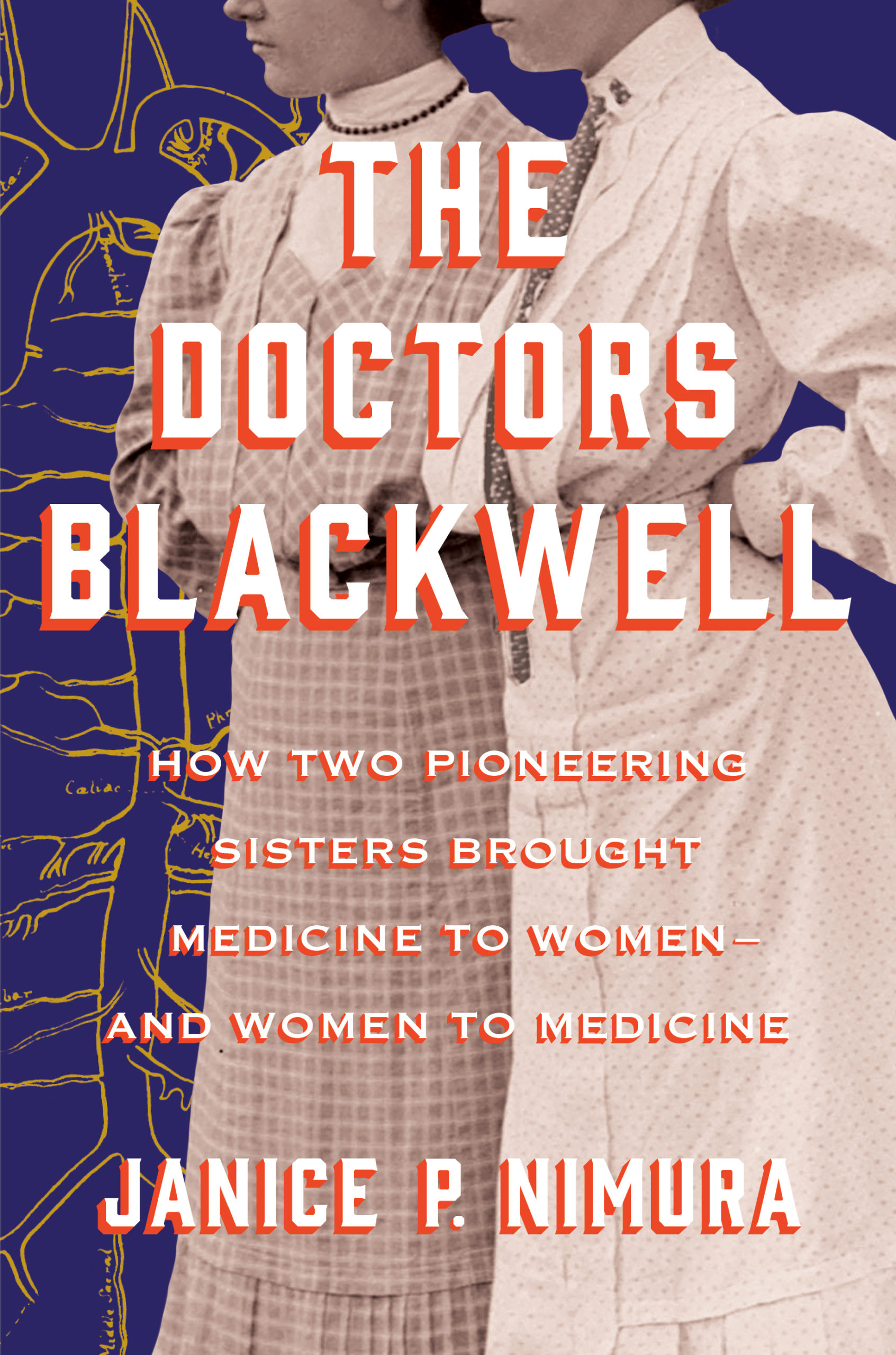 Everyone knows Elizabeth Blackwell was America's first female doctor, but very few know that her sister Emily was the third. Biographer Janice P. Nimura will talk about these two remarkable women with Dr. Perri Klass.

Janice P. Nimura—an independent historian whose last book, DAUGHTERS OF THE SAMURAI: A

JOURNEY FROM EAST TO WEST AND BACK, was one of the New York Times's top 50 nonfiction books of 2015—received a Public Scholar Award from the National Endowment of Humanities for her research on THE DOCTORS BLACKWELL .

Perri Klass is a professor of journalism and pediatrics at New York University, codirector of NYU Florence, and national medical director of Reach Out and Read. Her book, A GOOD TIME TO BE BORN: HOW SCIENCE AND PUBLIC HEALTH GAVE CHILDREN A FUTURE is about the fight against child mortality that transformed parenting, doctoring, and the way we live. She writes the weekly column "The Checkup" for the New York Times.

Purchase a bookplate signed copy of THE DOCTORS BLACKWELL.

THE DOCTORS BLACKWELL looks closely at the sisters Elizabeth and Emily Blackwell, English immigrants who, in quick succession, became the first and third women, respectively, in the U.S. to earn medical degrees—and who, in 1857, founded the very first hospital staffed by women, the New York Infirmary for Indigent Women and Children.

The Blackwells’ ambitions extended far beyond themselves. Whereas Elizabeth strove to stand alongside her male allies as an exceptional woman who had proved herself their equal, Emily yearned to strip her gender and make her way in anonymity. Nimura writes of Elizabeth, “caring for suffering individuals had never been the engine that drove her. In becoming a doctor, she meant to heal humanity.” And as Emily once reminded Elizabeth, the point was “to be not the first female M.D.s, but the first of legions.”

Read what the New York Times printed about THE DOCTORS BLACKWELL.

Watch a video of Dr. Robin Oshman telling her story as one of the first female doctors in Westport.