The History and Future of the New York Subways 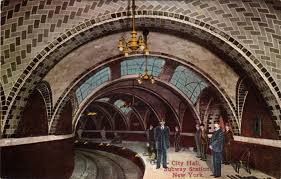 Most of us have ridden the New York subway and some may be missing those rides now. Learn  about the fascinating history of New York City’s subway system–and what that history can tell us about how we can remake its future and what the pandemic may mean for it and for New York City with Clifton Hood, author of 722 Miles: The Building of the Subways and How They Transformed New York.

When the New York City subway opened on October 27, 1904, it consisted of a single line that ran twenty-two miles from City Hall to 145th Street and Lenox Avenue—still the longest stretch ever built at one time. From that initial route through to the completion of the Independent Subway line (IND) in the 1940s, the subw

ay grew to cover 722 miles—long enough to reach from New York to Chicago. Until the pandemic struck, the system carried more than 1.6 billion passengers a year.  For all of its challenges, it is among the greatest urban achievements of the 20th century.

You can now watch the recording of this event. 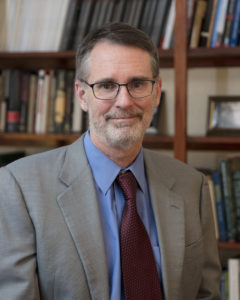 Clifton Hood is George E. Paulsen '49 Professor of American History and Government at Hobart and William Smith Colleges, where he

teaches courses about the history of New York City, American urban history, ethnicity and immigration, American environmental history, and the late 19th and early 20th century U.S.  He received his B.A. summa cum laude from Washington University and his Ph.D. from Columbia University.   The author of 722 Miles:  The Building of the Subways and How They Transformed New York and of In Pursuit of Privilege:  A History of New York City’s Upper Class and the Making of a Metropolis, he is currently working on a book about imposters in American history and another about Pittsburgh.  Hood has published scholarly articles in publications like the Journal of Social History, the Journal of Urban History, and the Bulletin of the German Historical Institute; op-ed pieces in the New York Times, the New York Daily News, Newsday, and the Pittsburgh Post-Gazette; and has appeared in several American Experience as well as other historical documentaries.