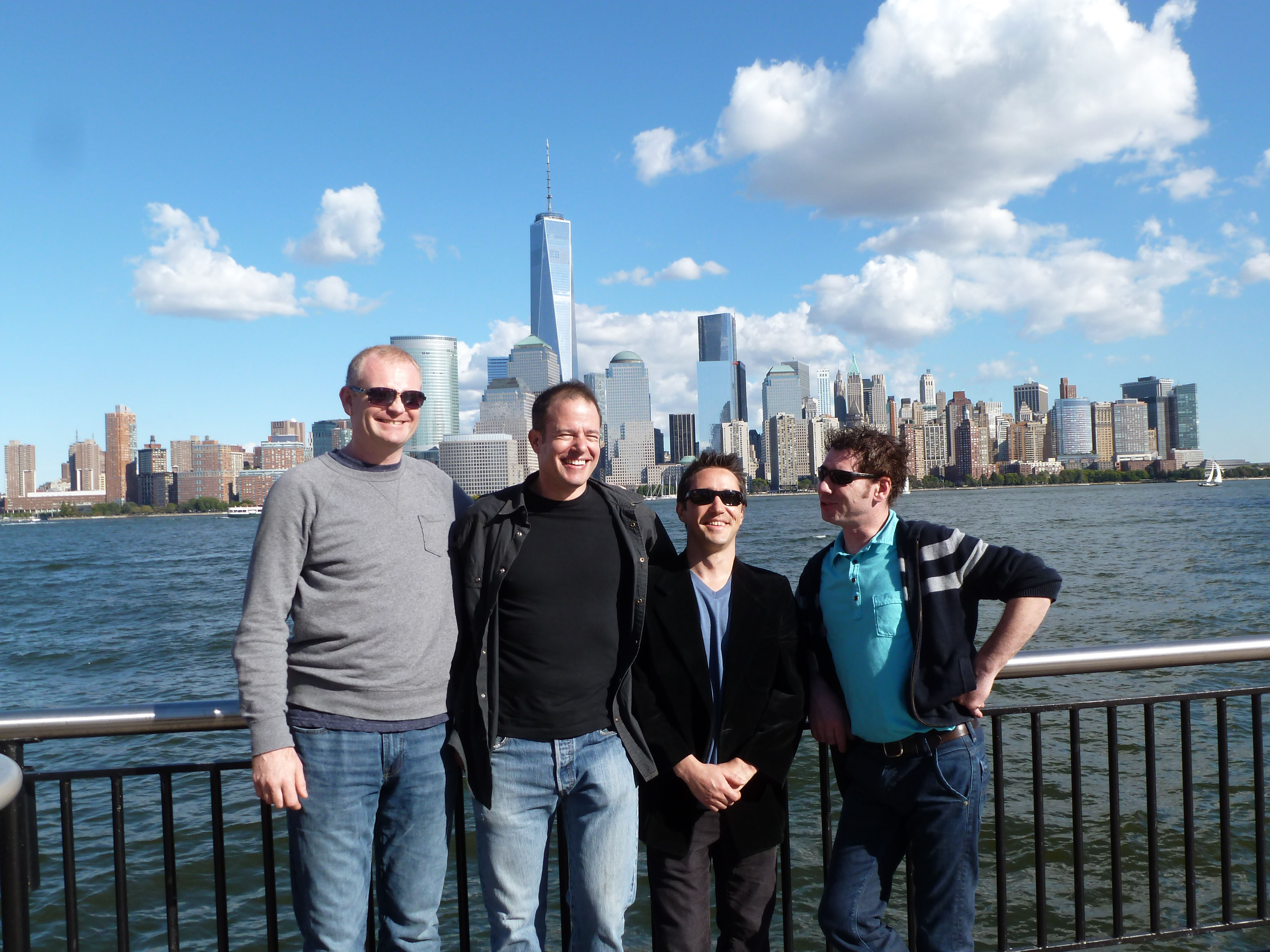 The Shack Sackler Foundation is the primary benefactor of this music series.

The Prodigals came together 24 years ago, in Manhattan. Founding member Gregory Grene grew up in County Cavan, in rural Ireland, and the melodic roots of the band's music are traditional Irish music. But the addition of backline to make the rhythms more accessible to an audience unfamiliar with the music became a whole new sound, as the drummer and bassist brought in musical elements ranging from African township to Latin American. They have played in a wide variety of venues, from Madison Square Garden in New York City to the Myrna Loy Theater in Helena, Montana, in states from Maine to Arkansas, and abroad in Canada, Germany, and of course Ireland. Their music has been used for soundtrack in movies and television, and was part of the Rough Guide to Irish Music series.

"The Best Funky-Celtic-Folksters... Wholly Inspirational" 0151 Rock'n'Reel, UK. With members from Ireland and New York, the band fuses vocals, accordion, guitar, drums and bass into a sound "so unique it might as well be trademarked." (Weekly Planet FL) It is a sound that has propelled the band onto the forefront of their musical genre, performing at Madison Square Garden this past St. Patrick’s Day, annually headlining the House of Blues for St. Patrick’s Day, and playing major stages and festivals from Montana to Maine, in settings ranging from opera houses to outdoor amphitheaters to intimate acoustic venues. "Indelibly Irish" — New York Times; "brilliant" — Irish Voice; "the best Irish trad-rock band” — Village Voice; “stunning and joyful” — Santa Monica Mirror.