The Shaping of the Constitution with Alan Neigher 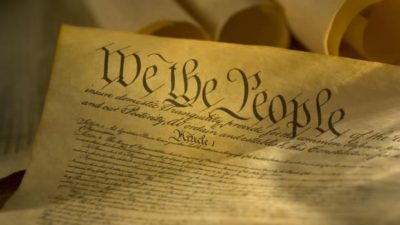 If you missed the live presentation, watch the recording.

When the Revolutionary War ended in 1783 and the former British Colonies banded together under the Articles of Confederation, it soon became clear that the Confederation, which had only a Continental Congress with no executive or judicial branches, was not advancing the essential interests of the new republic. The Constitutional Convention of 1787 involved only white, landed, male delegates having little grasp of what it would take to build a modern democracy. In attendance were four exceptional men who became our first four presidents -- Washington, Adams, Jefferson and (above all others) Madison.  These men created the most durable written constitution in modern world history. 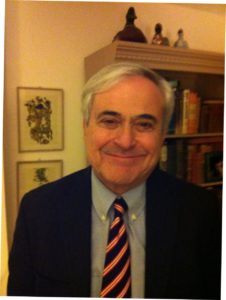 Join Alan Neigher for a comprehensive journey through this pivotal time in our country's history. The Shaping of the Constitution will examine the factors that influenced the drafting and the ratification of our Constitution  including: the Scottish Enlightenment, Shay's Rebellion, the Federalist-Jeffersonian schism and The Virginia Plan.

Alan Neigher has practiced law in Westport since 1980. A graduate of Colby College and Boston College Law School, he specializes in media and entertainment.

Mr. Neigher has represented numerous film and television production companies on financing, distribution copyright and contractual matters and is one of the executive producers of the dramatic television series, Big Dogs.

Amercian Goverment: How Laws Are Made