The Untold Story of Emmett Louis Till: Film Screening and Talk Back w Director Keith A. Beauchamp 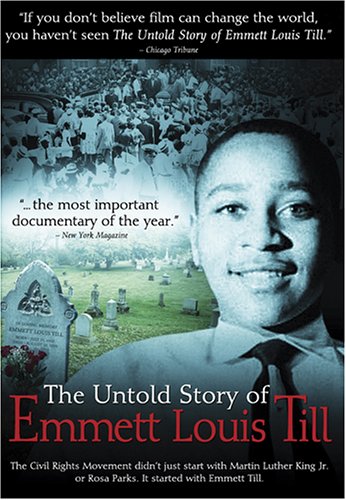 The Westport Library is proud to host a virtual screening of Keith A. Beauchamp’s documentary, "The Untold Story of Emmett Louis Till.” The screening will be available in advance of the conversation with Beauchamp and the film's producer, Steven Laitmon on May 6th.

YOU CAN VIEW THE FILM HERE

PLEASE NOTE: This is a virtual event. After you register, you will receive a link to the film, and another link to the conversation. REGISTER HERE

In August 1955, Mamie Till-Mobley of Chicago sent her only child, 14 year-old Emmett Louis Till, to visit relatives in the Mississippi Delta. Little did she know that only 8 days later, Emmett would be abducted from his Great-Uncle's home, brutally beaten and murdered for one of the oldest Southern taboos: whistling at a white woman in public. The murderers were soon arrested but later acquitted of murder by an all-white, all-male jury. Keith Beauchamp's groundbreaking film is the result of a 10-year journey to uncover the truth behind the nightmarish murder of an innocent African-American teenager. Emmett's brutal murder - and his family's brave actions in the horrifying aftermath - served as a major impetus for America's civil rights movement and led to Rosa Parks and Dr. Martin Luther King Jr. to make decisions that changed the course of history.

Simple yet riveting, The Untold Story of Emmett Louis Till articulates the madness of racism in the South of the 1950s. Combining archival photos and footage with deeply felt interviews, this documentary tells the harrowing story of what happened when a mischievous 14 year old black boy from Chicago, visiting his relatives in Mississippi, whistled at a white woman in the street. The lynching that followed was so gruesome that a media circus surrounded the trial--and what stunned the nation was not only the crime, but the blithe unconcern the citizens of a small Mississippi town felt toward the brutal murder of a black teenager. The interviews suspensefully unveil the story, moving from the viewpoint of Till's mother to the perspective of his Southern cousins to actual film of Till's uncle, who had the astonishing courage to accuse the two killers in court. Till's mother, Mamie Till-Mobley, addressed the entire country in news footage, begging that something be done so that her son did not die in vain. The awkward, un-media-savvy quality of the 1950s interviews may seem to come from another world, but the harsh truth of what happened sprang all too clearly from America's still unresolved racial conflicts. A passionate, compelling documentary. --Bret Fetzer

"...the most important documentary of the year." -- New York Magazine
"A damning documentary which embarrassed the U.S. Department of Justice into belatedly re-opening the murder case." -- Kam Williams, BlackNews.com
"A triumph of documentary activism nine years in the making." -- Joshua Land, The Village Voice

"If you don't believe film can change the world, you haven't seen The Untold Story of Emmett Louis Till." -- Chicago Tribune