THIS WAS TOSCANINI: The Maestro, My Father and Me 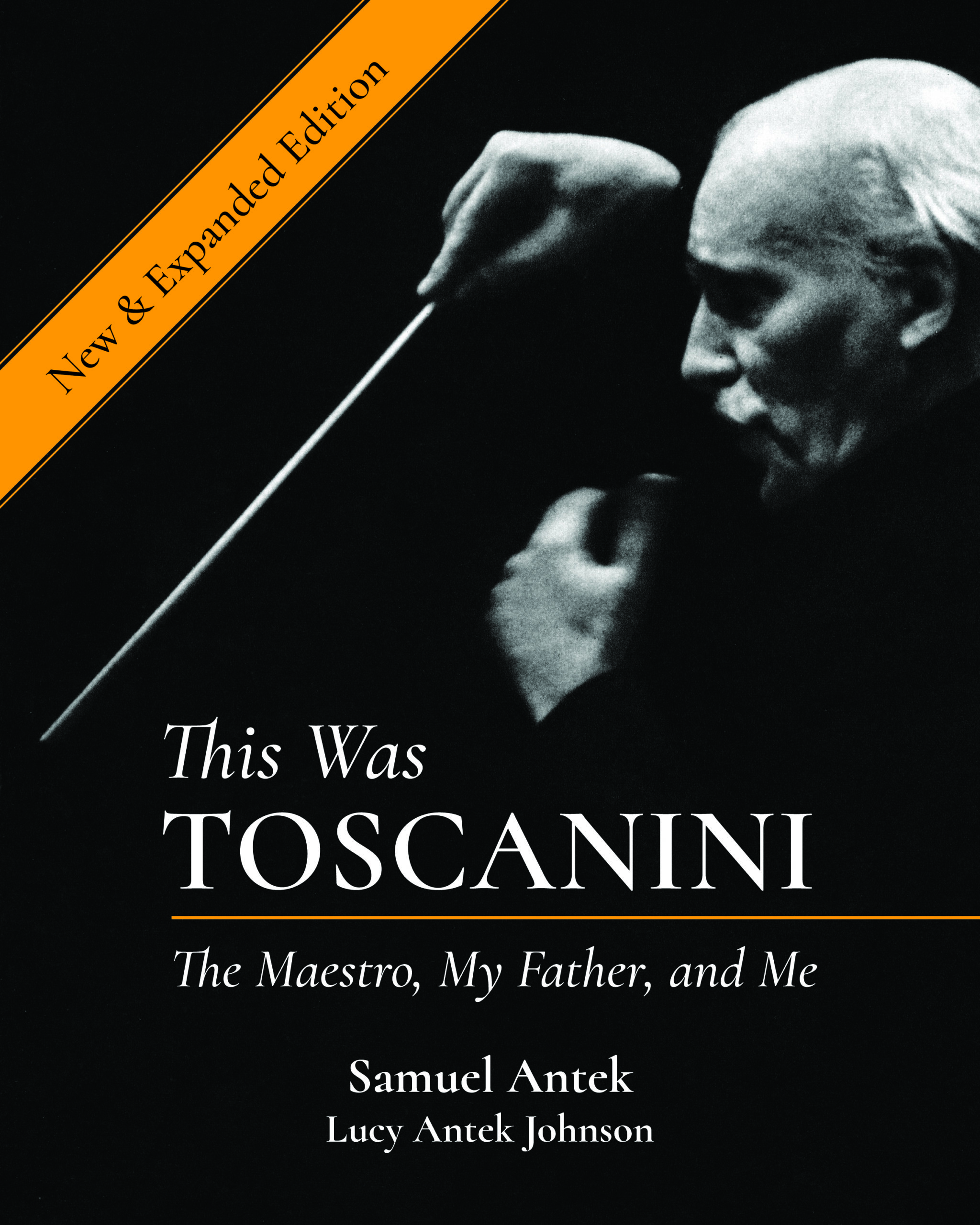 Did you know September is Classical Music Month? Explore the musical work and creative process of Arturo Toscanini through the eyes of first violinist, Samuel Antek. His daughter and co-author, Lucy Antek Johnson, will be in conversation with Mary-Lou Weisman about these two men and the powerful impact they made on her life and the world of classical music.

Johnson's new book, This Was Toscanini: The Maestro, My Father and Me, is an expanded edition of her father’s original, intimate, behind-the-scenes musical memoir about his 17 years playing under the baton of the legendary conductor, Arturo Toscanini – once considered the most famous man in the world.

Register to attend in person or online. Books are available for sale!

Samuel Antek's book takes us behind the scenes during hundreds of rehearsals, concerts, tours and often grueling recording sessions as though we’re actually sitting among the players. Illustrated by Robert Hupka’s iconic candid photographs of Toscanini in action, the reader is witness to Toscanini’s painstaking and often explosive process of making beautiful music.

Johnson’s newly written essays introducing her father’s original chapters highlight his own musical rise from first violinist to conductor and musical director of major American orchestras, while sharing her own reflections of what it was like to grow up with such a gifted father and the impact that Toscanini had on their family and her father’s career, creating a remarkable contemporary look into a unique era in classical music history.

Read a review of This Was Toscanini.

Lucy Antek Johnson, Samuel Antek's daughter, was born and raised in New York City. After studying music, fine art, and ballet, she was

drawn to the world of television production and spent her entire career in the entertainment industry, working with such producers as Martin Charnin, Harry Belafonte, David Susskind, and Roone Arledge. When she moved to Los Angeles in 1978, she produced movies for television, then joined NBC as a network executive. She soon worked her way up to senior vice president of daytime and children's programs for CBS, a position she held for 14 years. She paints, writes, and every so often gets up the nerve to sit at the piano and play a favorite Bach or Chopin prelude.

Mary-Lou Weisman has written four memoirs (Playing House in Provence, Intensive Care and Traveling While Married); a biography (Al Jaffee's Mad Life); and a bestselling humor book (My Middle-aged Baby Book). As an adjunct professor, she has taught writing, both memoir and personal essay, at The New School, New York University, Manhattanville College, and at both Westport and Norwalk Continuing Education programs.