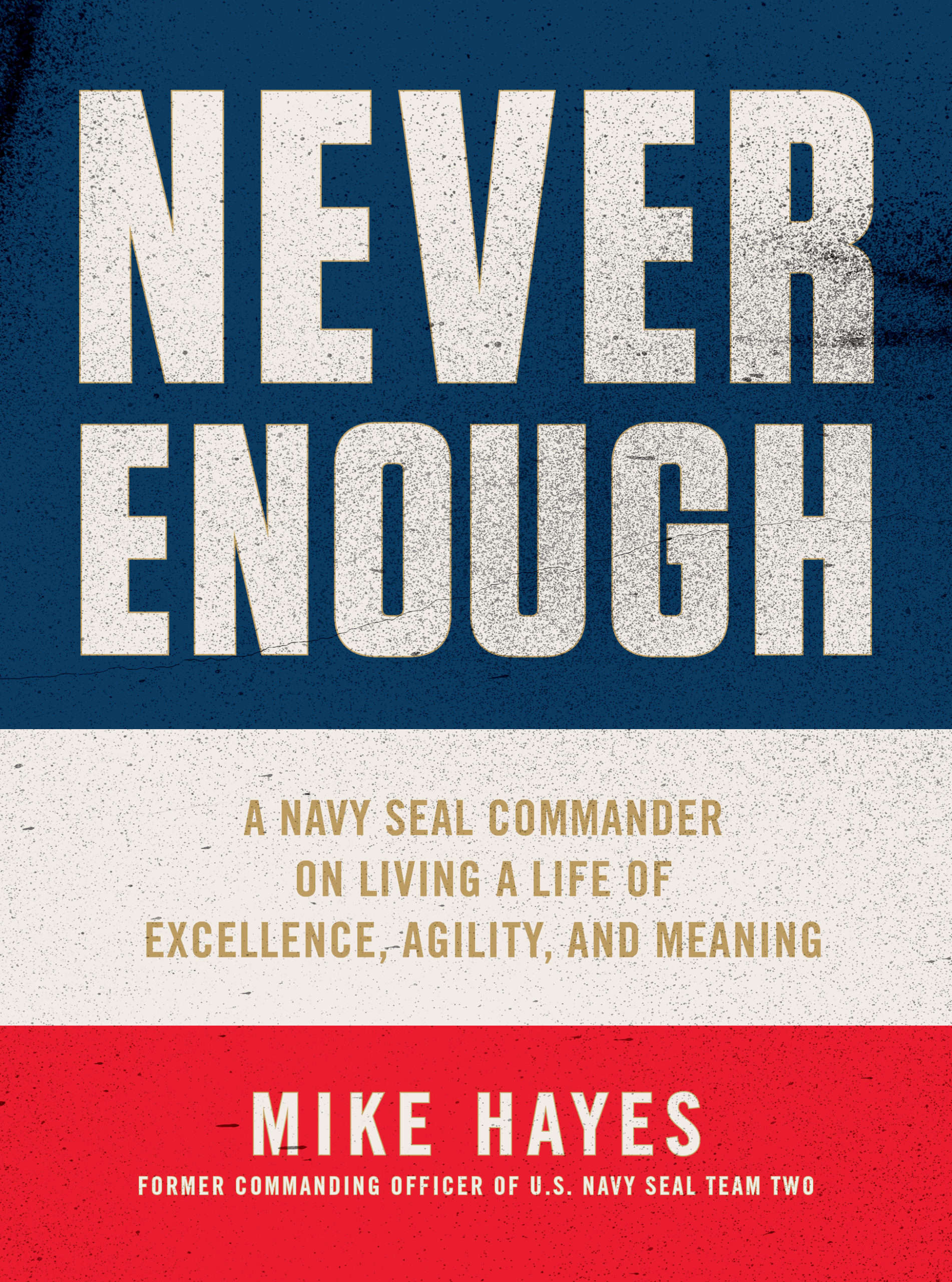 Missed this event? View the recording!

Mike Hayes, former Commander of SEAL Team TWO and former Westport Library trustee Maggie Mudd will discuss his inspirational book NEVER ENOUGH. His collection of dramatic stories and battle-and boardroom-tested advice will help others do work of value, live lives of purpose, and stretch themselves to reach their highest potential.

Over his many years of leadership, he has always strived to be better, to contribute more, and to put others first. That’s what makes him an effective leader, and it’s the quality that he’s identified in all of the great leaders he’s encountered. That continual striving to lift those around him has filled Mike’s life with meaning and purpose, has made him secure in the knowledge that he brings his best to everything he does, and has made him someone others can rely on.

All proceeds from sales of this book support Gold Star families and paying off mortgages for families of the fallen.

Mike Hayes is the Chief Digital Transformation Officer at VMware, where he leads the company’s worldwide business operations and the acceleration of the company’s SaaS transition. Mike has also served as Senior Vice President and Head of Strategic Operations for Cognizant Technologies and Bridgewater Associates, where he served in Chief of Staff to CEO and COO roles. Hayes spent 20 years in the U.S. Navy SEALs and served throughout South America, Europe, the Middle East, and Central Asia, including the conflicts in Bosnia, Kosovo, Iraq, and Afghanistan. He was the Commanding Officer of SEAL Team TWO, which included ten months as the Commander of a 2,000 person Special Operations Task Force in southeastern Afghanistan. Mike was selected as a White House Fellow and served two years as Director, Defense Policy and Strategy at the National Security Council. In the Bush Administration, Mike was responsible for the START Treaty, where he produced a new proposed START Treaty and flew to Russia for negotiations. In the Obama administration, he led the White House response to the hijacking of the Maersk Alabama off the coast of Somalia.

Mike holds an M.A. in Public Policy from Harvard's Kennedy School and received his B.A. from Holy Cross College. His military decorations include the Bronze star for valor in combat in Iraq, a Bronze Star for Afghanistan, and the Defense Superior Service Medal from the White House. Mike serves on the boards of several nonprofits.

“I was inspired by NEVER ENOUGH and Mike Hayes’s determination to constantly push himself to
achieve excellence. It’s an important lesson brought to life by his unique combination of experiences
as a decorated Navy SEAL Commander, a senior White House official, and successful business
executive. Mike writes with humility, candor, and a sharp sense of humor; this is a must read for
anyone hoping to learn how to lead through adversity and bring out the best in themselves and their
teams.”
—DAVID McCORMICK, CEO of Bridgewater Associates

" NEVER ENOUGH is the ultimate playbook for leading a winning team, whether in a boardroom or on the field. Mike Hayes's leadership style was forged on the frontlines as a Navy SEAL, but the lessons that he's distilled in his book could be applied to every person ― players, coaches, and beyond ― I work with on a daily basis."
―Kirk Ferentz, Head Football Coach, University of Iowa

"Being an entrepreneur takes guts, grit, and the willingness to take a risk ― but it's nothing like the risks Mike Hayes has taken during his extraordinary life. Whether you're building a business or building a life, NEVER ENOUGH is an incredible manual for getting the best out of yourself, your team, and your community. Just like Mike is a one-of-a-kind achiever, his book is a one-of-a-kind must-read."
―Neil Blumenthal, CEO of Warby Parker

“Part thrilling adventure tales, part sensible, widely applicable advice for working with a team, Hayes'
first book should find a wide audience on all levels of the corporate ladder.”
—BOOKLIST