POSTPONED Trevor Crafts talks about STREET GANG: HOW WE GOT TO SESAME STREET 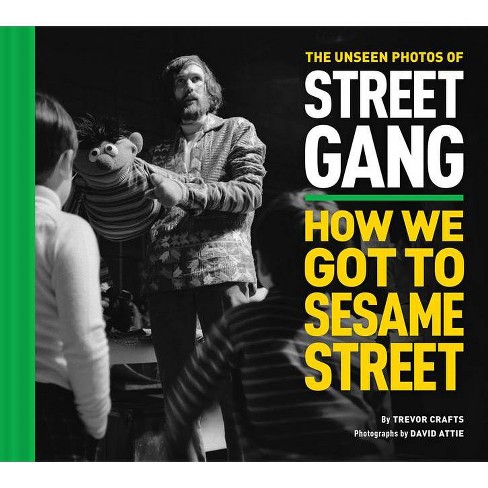 NOTE: THIS PROGRAM IS BEING POSTPONED TO A LATER DATE. PLEASE CHECK BACK FOR UPDATES

Film producer Trevor Crafts talks about the documentary, Street Gang: How we Got to Sesame Street, which details the creation of Sesame Street, as well as his new photo book about the beloved series.

Trevor Crafts is an entrepreneurial producer with a depth of experience in many aspects of media production. Founder and President of Macrocosm Entertainment®.  He has helped film projects like 7 Splinters in Time (2018) 12 Feet Deep (2016), Sundance favorite Experimenter (2015) starring Peter Sarsgaard and Winona Ryder, Manson Family Vacation from the Duplass Brothers (2015), Deep in the Heart (2013) and Smokewood, Nevada (2013).Trevor’s work has won an Emmy®, the LATV Festival, and 13 other industry awards.

Trevor authored and produced The Unseen Photos of Street Gang: How We got to Sesame Street, published by Abrams. Unseen is companion photo book to the documentary that expands on the origin of Sesame Street featuring photos from renown photographer David Attie. In 2016 Trevor created and published The Not-So Secret Society an original graphic novel for young readers, published by BOOM! Studios, under their KaBoom imprint and is developing Macrocosm’s slate of original IP which includes Lantern City® also published by BOOM! Studios.