Tuesdays at Two WestportREADS Film: Battle of the Sexes 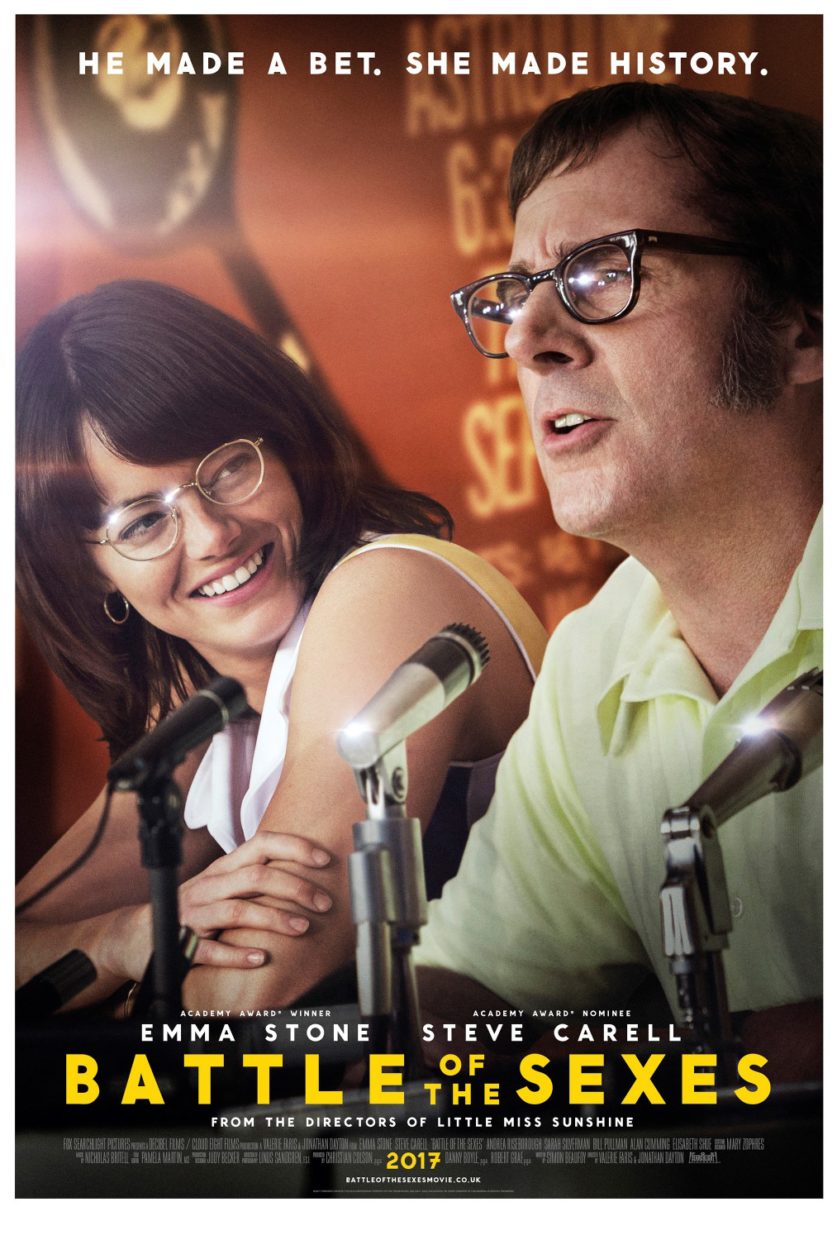 Battle of the Sexes depicts the 1973 tennis match between Billie Jean King and Bobby Riggs which became the most watched televised sports event of all time. Trapped in the media glare, King and Riggs were on opposites sides of a binary argument, but off-court each was fighting more personal and complex battles. With her husband urging her to fight for equal pay, the private King was also struggling to come to terms with her own sexuality, while Riggs gambled his legacy and reputation in a bid to relive the glories of his past. (2017, 2h)