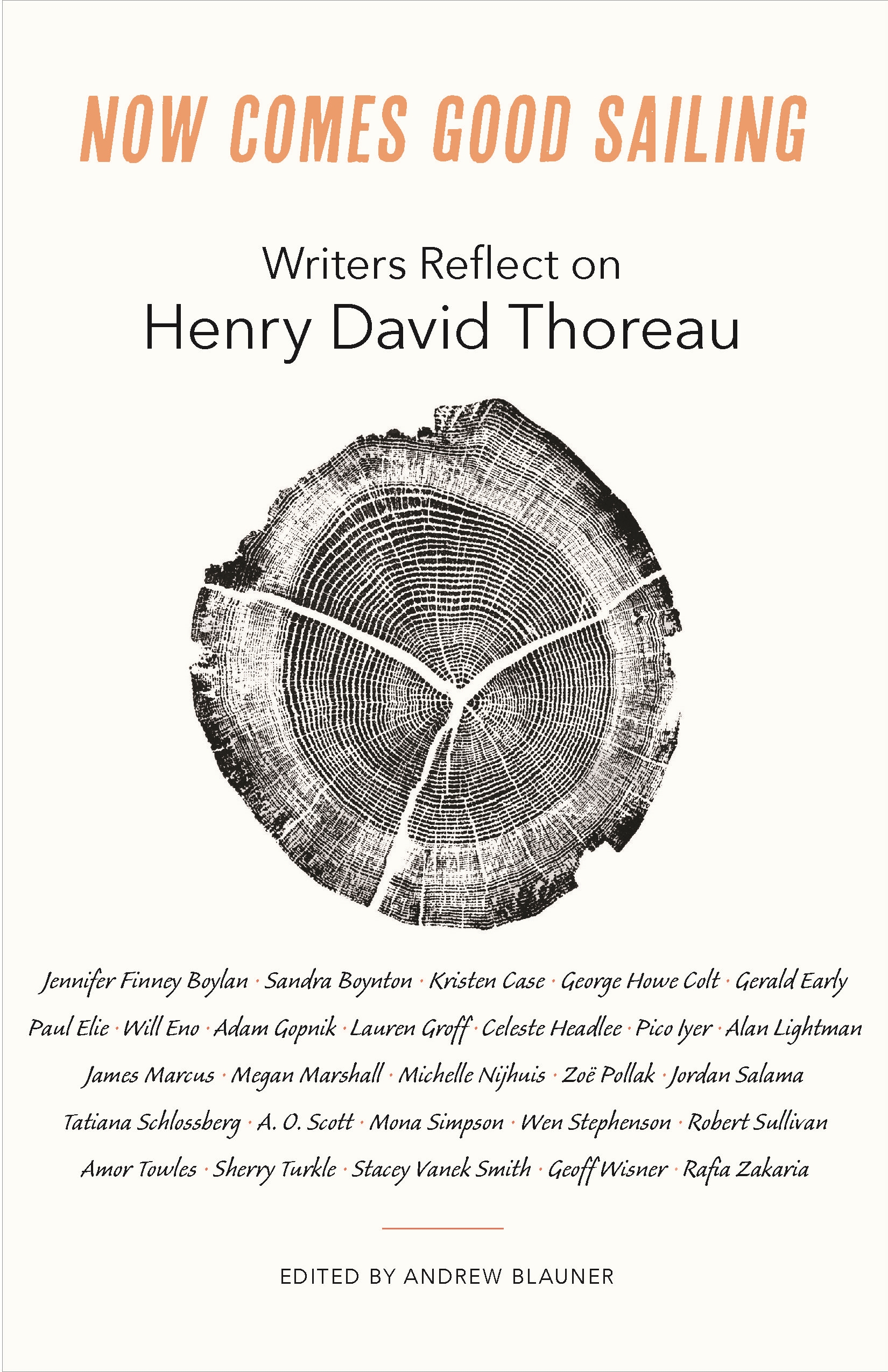 Andrew Blauner returns to the Westport Library with a new compilation of essays from 27 of today’s leading writers offer wide-ranging original pieces exploring how Thoreau has influenced and inspired them in Now Comes Good Sailing. A prophet of environmentalism and vegetarianism, an abolitionist, and a critic of materialism and technology, Thoreau even seems to have anticipated a world of social distancing in his famous experiment at Walden Pond.

Lauren Groff retreats from the COVID-19 pandemic to a rural house and writing hut, where, unable to write, she rereads Walden; Pico Iyer describes how Thoreau provided him with an unlikely guidebook to Japan; Gerald Early examines Walden and the Black quest for nature;  Mona Simpson follows in Thoreau’s footsteps at Maine’s Mount Katahdin; Jennifer Finney Boylan reads Thoreau in relation to her experience of coming out as a trans woman; Adam Gopnik traces Thoreau’s influence on the New Yorker editor E. B. White and his book Charlotte’s Web; and there’s much more. The result is a lively and compelling collection that richly demonstrates the countless ways Thoreau continues to move, challenge, and provoke readers today.

If you missed the event, you may watch the video recording here.

Andrew Blauner is a literary agent and the editor of seven previous anthologies, including Coach: 25 Writers Reflect on People Who Made a Difference, The Peanuts Papers: Writers and Cartoonists on Charlie Brown, Snoopy & the Gang, and the Meaning of Life, and In Their Lives: Great Writers on Great Beatles Songs.

Alan Lightman is a novelist, physicist, and essayist. Formerly an assistant professor of astronomy at Harvard and senior lecturer in physics at MIT, he is currently Professor of the Practice of the Humanities at MIT. He is the author of six novels, the most well known of which are “Einstein's Dreams” and “The  Diagnosis,” and a dozen nonfiction books on science, religion, and philosophy. His most recent books are Searching for Stars on an Island in Maine, “In Praise of Wasting Time,” and “Probable Impossibilities.“ Lightman's essays and articles have appeared in the Atlantic, Harper's, the New Yorker, the New York Review of Books, and many other publications.

Zoë Pollak is a doctoral candidate in English and Comparative Literature at Columbia University. Her writing has appeared in AGNI and Women’s Studies, and is forthcoming in the Hopkins Review and Sonnets from the American: An Anthology of Poems and Essays.

Jordan Salama is a writer whose essays and stories have appeared in National Geographic, The New York Times, Scientific American and other publications. A graduate of Princeton University, his first book, Every Day the River Changes, a journey down Colombia's Río Magdalena, will be published in November.

Stacey Vanek Smith is a longtime public radio reporter and host. She currently hosts NPR's The Indicator from Planet Money, a daily podcast covering business and economics. A native of Idaho, Stacey is a graduate of Princeton University, where she earned a BA in comparative literature and creative writing. She also holds a MS in journalism from Columbia University.