Join Jonathan Maberry and Christopher Golden for an evening of thrilling talk about the authors' newest books.

From New York Times bestselling author Jonathan Maberry comes a standalone supernatural thriller Ink, about a memory thief who feeds on the most precious of dreams.
Tattoo-artist Patty Cakes has her dead daughter’s face tattooed on the back of her hand. Day by day it begins to fade, taking with it all of Patty’s memories of her daughter. All she’s left with is the certain

knowledge she has forgotten her lost child. The awareness of that loss is tearing her apart. All through the town of Pine Deep people are having their most precious memories stolen. Something is out there. Something cruel and evil is feeding on the memories, erasing them from the hearts and minds of people. Ink is the story of a few lonely, damaged people hunting for a memory thief. When all you have are memories, there is no greater horror than forgetting.

In bestselling author Christopher Golden's supernatural thriller Red Hands, sometimes a story is a warning. Sometimes the warning comes too late.
A car plows through the crowd at a July 4th parade. The driver climbs out, sick and stumbling, reaching out…and everyone he touches drops dead within seconds. Maeve Sinclair watches in horror as people she loves begin to die and she knows she must take action. But in the aftermath of this terror, it’s Maeve who possesses that killing touch. Fleeing into the mountains, struggling with her own grief and confusion, Maeve faces the dawning realization that she will never be able to touch another human being again.

Whoever finds Maeve Sinclair first will unravel the mystery of her death touch, and many are willing to kill her for that secret. But as Maeve searches for a hiding place, hunted and growing sicker by the moment, she begins to hear an insidious voice in her head, and the yearning, the need… the hunger to touch another human being continues to grow.

CHRISTOPHER GOLDEN is the award-winning, bestselling author of such novels as The Myth Hunters, Wildwood Road, The Boys Are Back in Town, The Ferryman, Strangewood, Of Saints and Shadows, and (with Tim Lebbon) The Map of Moments. He has also written books for teens and young adults, including Poison Ink, Soulless, and the thriller series Body of Evidence, honored by the New York Public Library and chosen as one of YALSA’s Best Books for Young Readers. His original novels have been published in fourteen languages in countries around the world.

Join Bess Kalb as she discusses her debut memoir, Nobody Will Tell You This but Me, with local psychologist and relationship expert Dr. Dale Atkins, and listen in on the conversation between two women who understand and cherish the fierce relationships that cross generations.

Bess Kalb conjures the ghost of her beloved Grandma Bobby, who seems to have breezed right past
death and kept on talking. Kalb, an Emmy-nominated TV writer, tells the story of four generations of women: Bess’s great-grandmother, a refugee from Russian pogroms; her mother, a '70s rebel; and Bess herself—but most of all, her grandmother, the irrepressible, fun-loving, stubborn, and glamorous love of her life. 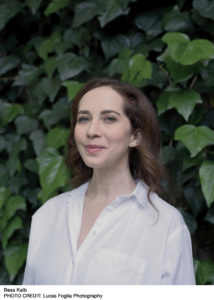 In Nobody Will Tell You This But Me, Bobby reminds Bess of the experiences they shared, and she delivers–in phone calls, texts, and unforgettable heart-to-hearts brought vividly to the page–her signature wisdom:
If the earth is cracking behind you, you put one foot in front of the other.
Never. Buy. Fake. Anything.
I swear on your life every word of this is true.With humor and poignancy, Bess Kalb gives us proof of the special bond that can skip a generation and endure beyond death. This book is a feat of extraordinary ventriloquism and imagination by a remarkably talented writer.
"When I stop crying, I’m calling my mother immediately and making her read it.” –Jodi Picoult

“Comic lines as good as in any movie, and pathos as deep as in any novel” –Mike Birbiglia

Bestselling authors Rea Frey and Hank Phillippi Ryan will discuss their newest books and the business of writing with Westport blogger Suzanne Leopold. Hear their journeys of navigating the publishing world.
This is a virtual event, so please register.

Rea Frey is the author of Not Her Daughter and Because You're Mine. She is also the Founder and CEO of Writeway, where aspiring writers become published authors. To learn more, visit reafrey.com or writewayco.com.

Until I Find You, celebrated author Rea Frey brings you her most explosive,
emotional, taut domestic drama yet about the powerful bond between mothers and children…and how far one woman will go to bring her son home. "Completely captivating, utterly compelling a must read!" - Liz Fenton & Lisa Steinke, authors of The Two Lila Bennetts

and the Mary Higgins Clark Award. The WHDH-TV investigative reporter has also won 37 EMMYs. Her previous novel, The Murder List,  is an Agatha, Anthony and Mary Higgins Clark Award nominee. Her brand new thriller is the psychological standalone The First to Lie--the Publishers Weekly starred review says "Stellar. Ryan could win her sixth Agatha for this one."

The First to Lie will have readers wondering: How far would you go to get what you want--and how deeply would you betray your family to get it? After a devastating betrayal, a young woman sets off on an obsessive path to justice, no matter what dark family secrets are revealed. What she doesn’t know—she isn’t the only one plotting her revenge.

Suzanne Leopold is the creator of SuzyApproved.com which is her website for sharing book reviews. Her platform is active across many social media platforms including Facebook, Instagram, and Twitter where she has accumulated over ten thousand followers. She is also the founder of SuzyApprovedBookTours.com where she aggregates her community of bloggers across social media platforms to support authors with book launches.

This is a virtual event. Please REGISTER HERE 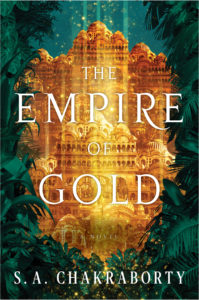 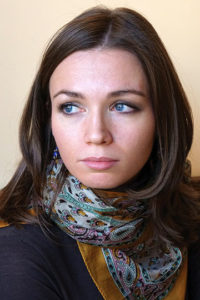 S. A. Chakraborty is the author of the critically acclaimed and internationally best-selling The Daevabad Trilogy. Her work has been nominated for the Locus, World Fantasy, Crawford, and Astounding awards. When not buried in books about thirteen-century con artists and Abbasid political intrigue, she enjoys hiking, knitting, and re-creating unnecessarily complicated medieval meals. You can find her online at www.sachakraborty.com or on Twitter and Instagram at @SAChakrabooks, where she likes to talk about history, politics, and Islamic art. She lives in New Jersey with her husband, daughter, and an ever-increasing number of cats.

Purchase a bookplate signed copy of Empire of Gold. 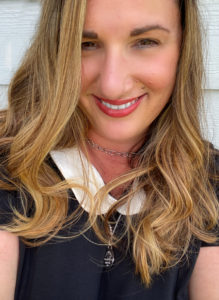 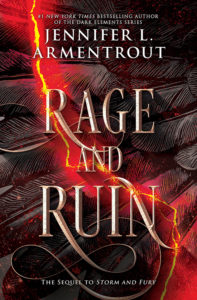 #1 New York Times and #1 International Bestselling author Jennifer lives in Shepherdstown, West Virginia. All the rumors you’ve heard about her state aren’t true. When she’s not hard at work writing. she spends her time reading, watching really bad zombie movies, pretending to write, hanging out with her husband and her Border Jack Apollo, six judgemental alpacas, two rude goats, and five fluffy sheep. In early 2015, Jennifer was diagnosed with retinitis pigmentosa, a group of rare genetic disorders that involve a breakdown and death of cells in the retina, eventually resulting in loss of vision, among other complications.  Due to this diagnosis, educating people on the varying degrees of blindness has become of passion of hers, right alongside writing, which she plans to do as long as she can.

Purchase a bookplate signed copy of Rage and Ruin.

More Fiction Your Librarians are Excited About 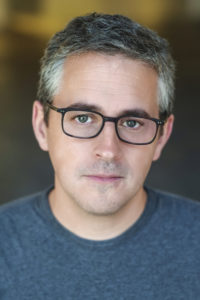