The film industry is notoriously hard to break into, especially if you don’t know where to start. That’s where we come in!

The Video ‘Crew Call’ Course at the Westport Library’s Verso Studios is taught by the Library’s own Emmy award winner, David Bibbey.  The six-week hybrid program starts on Monday April 12th at 7:00pm and continues virtually for the next three Mondays.

Crew Call will culminate in two final in-person sessions, training participants in the use of professional video production equipment including video cameras, recording audio for video microphones, lighting, and live switching/recording/streaming equipment. There will also be opportunities for participants to serve as live crew for video shoots.

For those who want to up their game, this course will provide a foundation in professional equipment and its use that you can take to the video production and streaming arenas.

Course cost is $150. Class size will be limited, please do register today here.

The Westport Library and Andrew Wilk are very pleased to present a screening of Viral and discussion with its filmmaker on Wednesday, March 10th and 11th.  The film will be available to viewers on the 10th and on Thursday the 11th at 7:00 pm, Goldberg and Wilk will discuss the film and take questions from the virtual audience. 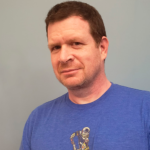 Camerota has also anchored a number of primetime specials, including Tipping Point: Sexual Harassment in America and The Hunting Ground: Sexual Assault on Campus.

Alisyn’s debut novel, Amanda Wakes Up, was selected as one of the best books of the year, and by Oprah Magazine as “a must read.”

Home Movie is a dark comedy about a wounded family’s struggles with death, deception and general mania. Following the death of her father, Alex Hughes returns home to a growing suspicion that her mother may have killed him. As she struggles to make sense of some very odd occurrences—in council with her equally odd sister, Porter—her mother’s warped behavior drags the family deeper into dark dysfunction.

A native of Westport, Jarret Liotta’s artistic passions root deep in the soil of the community he still calls

home. A creative professional by trade—award-winning writer, photographer and video producer—his first love has always been film, ever since he was first placed in front of the TV as a small child in a remarkable gesture of inspiration & neglect.

Jarret’s first movie—How Clean is My Laundry—received moderate acclaim, but it wasn’t very good. His second—The Acting Bug—was much better, but no one saw it. Jarret is currently writing a new comedy film that explores racism & gun violence. He intends to shoot it entirely in Westport—hopefully starting next year—and he dreams of seeing a timely & insightful project uniting the community in the spirit of Westport’s artistic tradition.