Westporters write books on a wide variety of subjects in all sorts of genres. Authors Gabi Coatsworth and Ted Aldrich will share their new books - a memoir and a history with our community. Saugatuck Scribes is a series  that showcases Westport writers and their newest books. 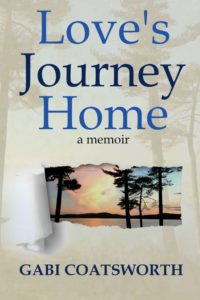 If you missed the event, you may watch recording here.

In her memoir Love's Journey Home, Gabi Coatsworth never meant to fall for the handsome American. And after walking away because he was married, the British single mother thought she'd go forever without seeing him again. But her move to Chicago five years later for a career opportunity led to their reunion, a rekindled romance, and a wedding. Forging a thirty-year life together through ups and downs, Gabi finally gave up when her husband's alcoholism became more than she could bear. But not long after, he received a devastating medical diagnosis. Knowing she would regret it if she stayed away, she returned home to care for him.  And unexpectedly learned it's never too late for a second chance… 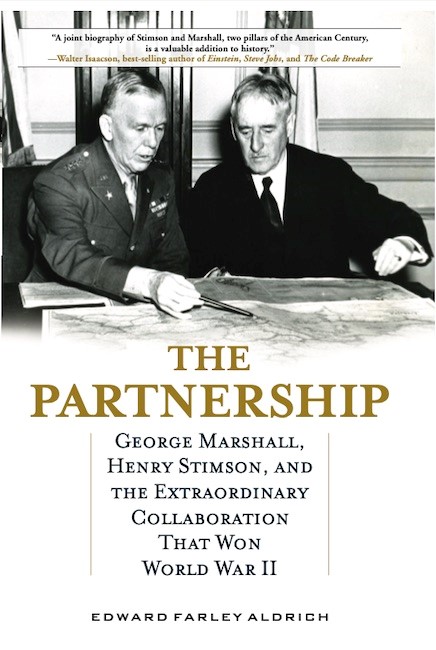 The Partnership: George Marshall, Henry Stimson, and the Extraordinary Collaboration that Won World War II tells the story of how these two men worked together to win World War II and reshape not only the United States, but the world. The dual biography focuses on their sharply contrasting paths to power and how they transformed an outdated, poorly equipped army into a well-equipped modern fighting force of millions.

Award-winning writer Gabi Coatsworth was born in Britain and work brought her and her two children to America. She lives in Connecticut in a cottage that’s American on the outside, and English inside. If she’s not reading, writing, or traveling, she’ll be in her flower garden, wondering whether to weed, and holding a cup of her preferred beverage, strong English tea. The rest of the time she’s working on her next novel.

Edward “Ted” Aldrich’s love of history goes back to his early childhood in Rowayton, CT. After attending Colgate University and Boston College (MBA), he began a long career in banking working in New York, Zurich, and London (he currently works for Auramet Trading). The Partnership is his first book.  Like Gabi Coatsworth, Aldrich is also an avid tea drinker and enthusiastic gardener.

Pages Through the Ages is a book discussion group hosted jointly by the Westport Museum for History and Culture and the Library. Discuss War: How Conflict Shaped Us by Margaret MacMillan with Bruce McGuirk and other history buffs. Meetings will alternate between the buildings, so please check the venue prior to attending!

Registration suggested. If you wish to join via Zoom, please register here.

Copies of the book are available at the Westport Library.

The instinct to fight may be innate in human nature, but war—organized violence—comes with organized society. Margaret MacMillan looks at the ways in which war has influenced human society and how, in turn, changes in political organization, technology, or ideologies have affected how and why we fight.

Margaret MacMillan looks at the ways in which war has influenced human society and how, in turn, changes in political organization, technology, or ideologies have affected how and why we fight. War: How Conflict Shaped Us explores such much-debated and controversial questions as: When did war first start? Does human nature doom us to fight one another? Why has war been described as the most organized of all human activities? Why are warriors almost always men? Is war ever within our control?