Westporters write books on a wide variety of subjects in all sorts of genres. Authors Eve Nadel Catarevas and James Noble will share their new books - a biography and a coming-of age novel with our community. Saugatuck Scribes is a series  that showcases Westport writers and their newest books.

In Eve Nadel Catarevas' children's biography, she tells the story of Rena Glickman, Queen of Judo, who was a Jewish girl who grew up to become the preeminent female judo master of her time, overcoming many obstacles. At a time when judo was a sport strictly for boys and men, Rusty was determined to practice the sport she loved. James Noble's second novel, Feels Like the First Time, continues the story of Jimmy Foxton, a teen in 1976. He has to contend with high school insecurities, love, and keg parties.

Please let us know you're attending. Books will be available to purchase at the event.

Eve Nadel Catarevas always loved to write and started a newsletter for the kids in her Connecticut neighborhood when she was eight,

featuring the “Best Backyards for Sledding” report, tips on houses to avoid on Halloween (pencils, popcorn balls, APPLES!), which raspberry patches were surrounded by poison ivy, and updates on how many more Bazooka Joe bubble gum comics she needed for that itty-bitty, fits-in-the-palm-of your-hand spy camera. It wasn’t until she began writing about little-known historical figures that she truly found her sweet spot. Discovering them, dusting them off and sharing their achievements with others was a turning point. They’ve been educational for her as well, and she’s planning to continue bringing their inspirational stories to light. Eve lives in Westport with two- and four-legged family members. Her debut non-fiction picture book, Rena Glickman, Queen of Judo was released in May and Wonderful Hair: The Beauty of Annie Malone will be published in October.

James Noble began writing and filming short screenplays in junior high school. In high school in Westport, he wrote a full length screenplay that got him accepted into the  New York University Film School. Thus, he began a storied career as an advertising copywriter. He then found himself writing commercials and print campaigns for some of the most influential companies in the world. Disney, Apple, and Kia to name a few. Along the way he has shot commercials on every continent and had the fortune to work with celebrities like Ellen Degeneres, George Lucas, Steven Spielberg, and Tom Hanks. Noble also won numerous awards in just about every advertising show on the planet. In 2018 he wrote his first book Nine Tana Leaves and now presents his sequel. 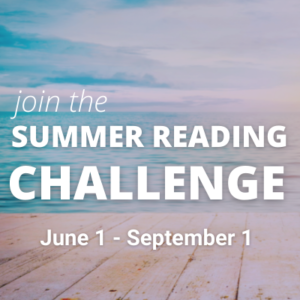 These books are perfect for: