Some of the most entertaining spirits of this world—or the next—can be found in Robert Viagas’ entertaining talk, The Haunted Theatres of Broadway, about the real-life (and real death) stories of the ghosts who haunt theatres around the world.

Meet womanizing ghost David Belasco, the laughing ghost of the St. James Theatre, the phantom audience that died in a fire at the Iroquois Theatre in Chicago, the "Black Goon" of Disney's New Amsterdam Theatre, the ghost cat who haunts the Kennedy Center in Washington DC and Olive Thomas, the flirtatious spirit of a Ziegfeld showgirl, who appears only to men and who greeted the author by shaking scenery backstage at the Broadway theatre she still haunts to this day. 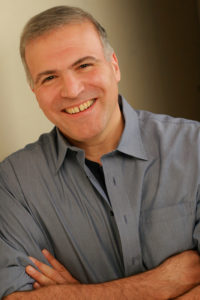 Did you miss this event? Watch the recording here!

Author Robert Viagas, a longtime editor at the iconic theatre program company Playbill, has been collecting these stories firsthand from actors and backstage workers for more than a decade. Among his twenty published books, he was chosen by the original cast of A Chorus Line to tell their story in "On the Line: The Creation of A Chorus Line" and the original cast of The Fantasticks to tell their story in "The Amazing Story of The Fantasticks.” A lecturer at Harvard, Hofstra and other universities, Viagas was featured on the TV series “The Secrets of New York,” sharing secrets about the haunted theatres of Broadway.

Ghosts: Spirits of the Dead