Deepa Purushothaman will discuss her research about women of color in workplace culture when she speaks about her new book, The First, the Few, the Only: How Women of Color Can Redefine Power in Corporate America with Fran Pastore, founder of the Women's Business Development Council. After experiencing her own "isolation and burnout" climbing corporate ladders and interviewing over 500 women of color, Purushothaman outlines how the current culture stymies women. She also lays the groundwork for how other women of color can confront microaggressions, outdated norms, and workplace misconceptions in order to create more genuinely inclusive companies. During Women's History Month, it's time to learn from experience and focus on what still needs to change!

If you missed the event, you may watch the full video recording here.

Deepa Purushothaman is the co-founder of nFormation which provides brave, safe, new space for professional women of color and a Women and Public Policy Program Leader in Practice at the Harvard Kennedy School. Prior to this, Deepa spent more than twenty years at Deloitte and was the first Indian American woman to make partner in the company’s history. Deepa was also Deloitte’s national WIN (Women’s Initiative) leader, the firm’s renowned program to recruit, retain, and advance women. Deepa has degrees from Wellesley College, Harvard Kennedy School, and the London School of Economics. Deepa is an Aspen Fellow and speaks extensively on women and leadership. She has been featured at national conferences and in publications including Bloomberg BusinessWeek, and Harvard Business Review.

Fran Pastore founded the Women's Business Development Council (WBDC) 25 years ago and continues to serve as the organization’s CEO. WBDC is Connecticut’s leading organization championing female entrepreneurship. Ms. Pastore has served as a member of The National Women's Business Council, an independent source of counsel to then President Obama, Congress, and the U.S. Small Business Administration. She has been on the Board of Women Impacting Public Policy, a member of the YWCA Greenwich Leadership Council, Pace University’s Women’s Business Leadership Council and The Global Advisory Board for the Akilah Institute for Women in Kigali, Rwanda. In 2018, Ms. Pastore was honored to serve on Connecticut Governor Lamont’s Transition Team as Co-Chair of The Jobs and Economy Policy Committee. Most recently, she has served as Chair of the Economic Development Committee on Stamford Mayor Caroline Simmons’ Transition Team and on the Governor’s Workforce Council’s BIPOC Committee. Currently, Ms. Pastore serves as Chair of the Connecticut Paid Leave Authority and is a member of the Governor’s Economic Advisory Council.

“Deepa’s firsthand experience as a senior executive, combined with the stories of the influential women she spoke with, has yielded a powerful collective narrative that business leaders would be wise to study closely in their quest not only to recruit and retain the top talent, but also to lead with empathy and understanding.” — Indra Nooyi, former chairperson and CEO, PepsiCo, and author of My Life in Full

“The First, the Few, the Only is a deeply personal call to action, encouraging readers to learn and feel seen from its stories and messages. This important and engaging book will help build bridges, dismantle barriers, and change how we lead in the workplace.” — Billie Jean King, social justice champion and founder, Billie Jean King Leadership Initiative

Women are...
Relaunching Your Career
Entrepreneurship 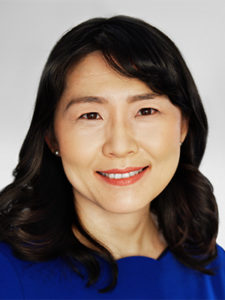