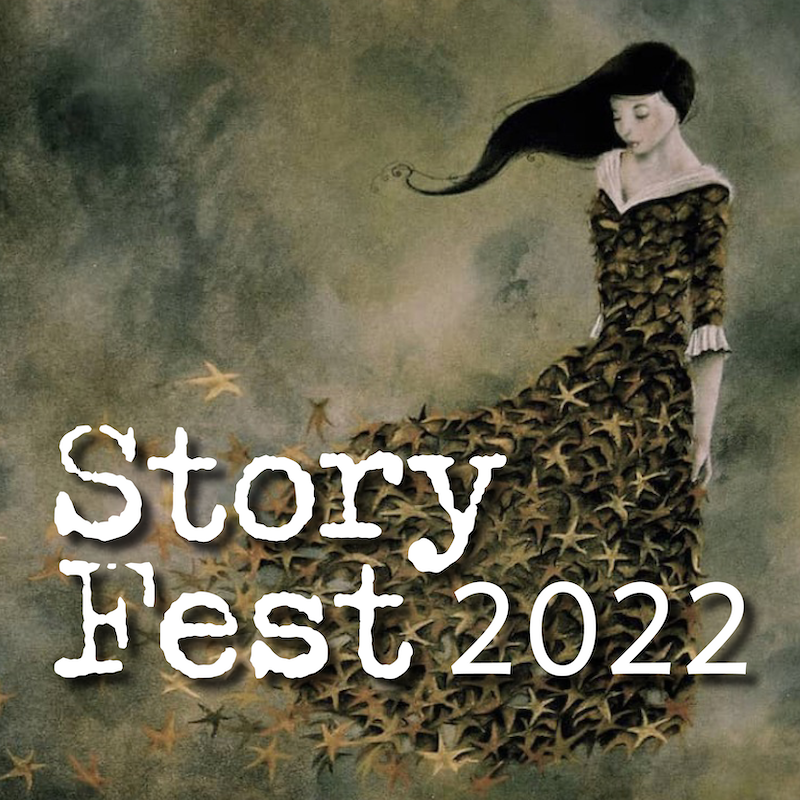 The fifth edition of StoryFest 2022 is just days away. To kick things off, we corresponded with a few of the 40-plus authors who will be in attendance to get their take on writing through the pandemic, the role of libraries in modern society, the power of books to transform lives, and why stories matter.

In the third installment of this four-part series, we asked Clay McLeod Chapman (Whisper Down the Lane, Ghost Eaters), Stephen Graham Jones (The Only Good Indians, Don’t Fear the Reaper), Gus Moreno (This Thing Between Us), Mallory O’Meara (The Lady From The Black Lagoon: Hollywood Monsters and the Lost Legacy of Milicent Patrick, Girly Drinks: A World History of Women and Alcohol), Kate Racculia (This Must Be the Place, Tuesday Mooney Talks to Ghosts), Paul Tremblay (The Cabin at the End of the World, The Pallbearers Club), and Libby Waterford (Can’t Help Falling in Love, Take Two) about the power of books.

Here is what they had to say:

StoryFest celebrates the power of books to transform people and communities. What book was a touchstone in your life? What books inspired your pursuit of writing?

Libby Waterford: Reading An Offer From a Gentleman by Julia Quinn (Bridgerton Book 3) as a teenager introduced me to the "modern" romance novel — a book set in the past in which the heroine was every bit as feisty and feminist as I considered myself to be. I realized that romance as a genre was changing, and I couldn't get enough of it from that point on.

Kate Racculia: Hoo boy, too many to list. Ellen Raskin's The Westing Game. Diana Wynne Jones' Witch Week. Anything and everything by Stephen King and Agatha Christie and Mary Higgins Clark. And most recently, for the very first time, I read D.H. Lawrence's Women in Love — checked out from my local public library.

Clay McLeod Chapman: Geek Love by Katherine Dunn has always been pretty fundamental. The poetry of Ai, particularly her collections Cruelty and Killing Floor. I cannot overstate how important Ai is to my personal literary upbringing. I don't know where I would be without her work.

Gus Moreno: A book that's a touchstone to my life is Siddhartha by Hermann Hesse. It's the novel that made me want to become a writer. Another book that inspired me to become a writer was Fight Club by Chuck Palahniuk. Other books have helped inspire the shape of my writing or the lane that I'd find myself in, like The Handmaid's Tale by Margaret Atwood, the collected short stories of Amy Hempel, and Jesus' Son by Denis Johnson.

Mallory O’Meara: Bonk by Mary Roach was a game-changer for me. I never realized how exciting and fun nonfiction could be until I read her work. She's still one of my favorite authors. Reading her books still creatively energizes me and inspires me to this day.

Paul Tremblay: The story that shook me awake to the power of fiction of Joyce Carol Oates's Where Are You Going? Where Have You Been? I read it as a second semester mathematics major in college. I didn't know people wrote stories like that! That story and shortly thereafter being gifted a copy of Stephen King's The Stand turned me into a reader for life. The books I return to and re-read the most as a writer though are Kurt Vonnegut's Slaughterhouse-Five and Shirley Jackson's We Have Always Lived in the Castle.

Stephen Graham Jones: The first novel I ever read was Where the Red Fern Grows, by Wilson Rawls. And it's still the kernel of my writer DNA. Because of the adventure, sure, and because opening that book is peeling back a hatch into another era, but mostly because of the magical-perfect ending of that novel. Without having read that ending, I seriously doubt I ever pick up the pen myself. In fourth grade, I remember closing that book and thinking I could do this, I can stick an axe in a tree and let a lantern hang on it for a decade or two. Every ending I stage, the bar for me, it's still Where the Red Fern Grows.