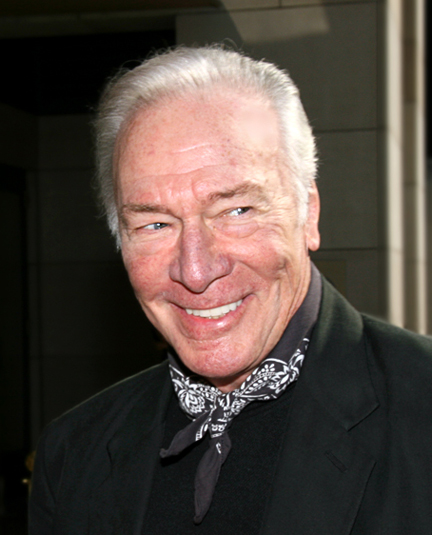 In September, Canadian actor Christopher Plummer took the stage for the Malloy Lecture. Beginning with his film debut in Stage Struck, Plummer’s career has spanned six decades. He is known for portraying Captain von Trapp in The Sound of Music, and has also portrayed several major historical figures, including Arthur Wellesley, 1st Duke of Wellington in Waterloo, Rudyard Kipling in The Man Who Would Be King, Mike Wallace in The Insider, Leo Tolstoy in The Last Station, and J. Paul Getty in All the Money in the World.

Over the course of his auspicious career, Plummer has received accolades for his work, including an Academy Award, a Genie Award, two Emmy Awards, two Tony Awards, a Golden Globe Award, a SAG Award, and a British Academy Film Award; he is one of the few performers to receive the Triple Crown of Acting. Having won the Academy Award for Best Supporting Actor at age 82 for Beginners and having received a subsequent nomination at 88 for All the Money in the World, Plummer is both the oldest Academy Award acting winner and nominee.