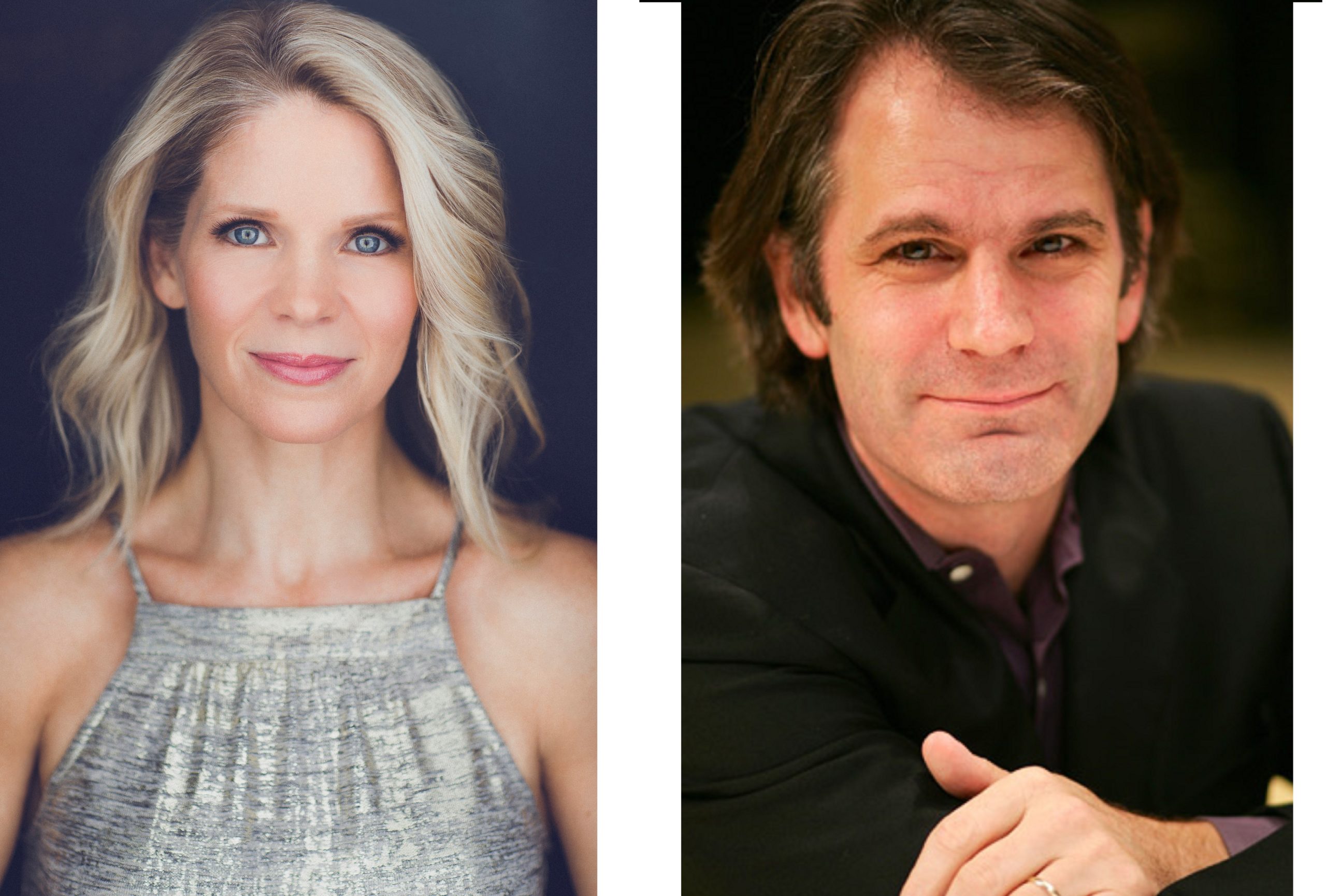 The Westport Library is thrilled to announce that Tony Award winning actress Kelli O’Hara will present the 2021 Malloy Lecture in the Arts on Thursday, November 11 at 7:00 pm.  O’Hara will be joined in conversation with renowned American theater director Bartlett Sher.

Kelli O’Hara has unequivocally established herself as one of Broadway’s great leading ladies. In 2015, Her portrayal of Anna Leonowens in the critically acclaimed revival of The King and I garnered her a Tony Award for Best Leading Actress in a Musical, along with Drama League and Outer Critics nominations.

A native of Oklahoma, Kelli received a degree in opera from Oklahoma City University, fulfilling a lifelong dream to study voice with Florence Birdwell, and after winning the State Metropolitan Opera Competition in 1998, Kelli moved to New York City and enrolled in the Lee Strasberg Institute for acting. She made her Broadway debut in Jekyll & Hyde and followed it with Sondheim’s Follies, Sweet Smell of Success opposite John Lithgow, and Dracula. In 2003 Kelli committed to a production of The Light in the Piazza at Seattle’s Intiman Theatre. The show landed on Broadway in 2005 and earned Kelli her first Tony and Drama Desk Award nominations. She moved from one critical and commercial success to another when she joined Harry Connick on Broadway in the 2006 Tony award-winning production of The Pajama Game, for which Kelli received Tony, Drama Desk, and Outer Critics Award nominations. Kelli starred in the Tony Award-winning revival of South Pacific at Lincoln Center, enrapturing audiences and critics alike with her soulful and complex interpretation of Nellie Forbush, and garnering Tony, Drama Desk, and Outer Critics Award nominations. She later teamed up with Matthew Broderick in Broadway's musical comedy Nice Work if You Can Get it, earning Tony, Drama Desk, Drama League and Outer Critics Circle nominations, as well as the Fred Astaire Nomination for dance. In 2014, her performance as Francesca in the musical adaptation of The Bridges of Madison County earned her Tony, Drama Desk, Drama League, and Outer Critics Circle nominations. Additionally, she starred as Mrs. Darling in NBC’s live telecast of “Peter Pan” alongside Allison Williams and Christian Borle, and on New Year’s Eve, Kelli made her Metropolitan Opera debut in the production of The Merry Widow with Renee Fleming. She returned to the a Metropolitan Opera stage in 2018 in Cosi Fan Tutte. In 2019, Kelli landed her 7th Tony nomination as well as Outer Critics Circle and Drama League nominations for her performance in the title role of The Roundabout’s revival of Kiss Me Kate. She was given the Drama League’s 2019 Achievement in Musical Theatre Award. Next fall, Kelli will return to The Metropolitan Opera starring opposite Renee Fleming and Joyce DiDonato in a new opera based on Michael Cunningham’s “The Hours,” composed by Kevin Puts.

Kelli has worked regionally & Off-Broadway in Far from Heaven at Williamstown Theater Festival & Playwrights Horizon, King Lear at the Public Theater, Bells Are Ringing at City Center Encores, Sunday in the Park with George at Reprise, My Life With Albertine at Playwright’s Horizons & Beauty at the La Jolla Playhouse. Kelli received critical acclaim for her performances in the New York Philharmonic’s productions of Carousel & My Fair Lady as well as her performance of Samuel Barber’s Knoxville: Summer of 1915 with Maestro Jaap Van Sweden. She has sold out her solo show at Carnegie Hall & Town Hall and performed with symphonies and orchestras across the world. She is a frequent guest artist on the PBS Memorial Day and July 4th telecast and has performed several times as part of the Kennedy Honor tributes for Barbara Cook, Jerry Herman and Barbra Streisand.

Among her film and television credits include her Emmy-nominated portrayal of Katie Bonner in Arian Moayed’s web series, The Accidental Wolf, as well as the role of “Aurora Fane” in Julian Fellow’s The Gilded Age which is upcoming on HBO. Others include Sex & The City 2, Martin Scorsese’s short The Key to Reserva; The Dying Gaul, Showtime’s Masters of Sex, Blue Bloods (NBC pilot), All Rise (NBC pilot), Alexander Hamilton (Maria Reynolds) starring Brian F. O’Byrne (PBS), NUMB3RS (CBS), All My Children, the animated series Car Talk, and numerous live performances on national television shows. Kelli’s voice can be heard on many cast album recordings including The Bridges of Madison Country, Nice Work if You Can Get it (Grammy nomination), South Pacific (Sony), The Light in the Piazza (Nonesuch records; Grammy nomination), The Pajama Game (Sony; Grammy nomination), The Sweet Smell of Success (Sony), My Life with Albertine (PS Classics), Dream True (PS Classics), Jule Styne Goes Hollywood (PS Classics) and King and I (Grammy nomination). She has released two solo albums: Always & Wonder in the World.

In 2016, Kelli was given Honorary Doctorate degrees from Oklahoma City University and The University of North Carolina School of the Arts, for which she gave the 2016 commencement speech. As a mother of two young children, Kelli spends much of her time off the stage and screen working to further arts in education serving on the boards of New York City Center and The New York Pops where she is the Co-Ambassador for the PopsEd program bringing art to children through programs like “Kids In The Balcony” and The Ronald McDonald House. Kelli also serves on the artistic advisory board of SAY: The Stuttering Association for the Youth where she served as co-Master of Ceremonies this spring with Helen Mirren and was awarded the Budd Mayor Advocacy Award in 2015 for her work with the charity over the past 15 years. Kelli was the co-Ambassador with Marlee Matlin for “Kids Night on Broadway” and was named the national spokesperson for “Theatre in Our Schools” (TIOS) in March of 2016.

Kelli is married to musician/film maker, Greg Naughton. They have 2 children.

He currently serves on the board of the Society of Stage Directors and Choreographers.  Upcoming productions include LCT’s production of the opera of Intimate Apparel, with a libretto by Lynn Nottage and music by Ricky Ian Gordon; and the film of Oslo, written by JT Rogers and produced by Marc Platt.