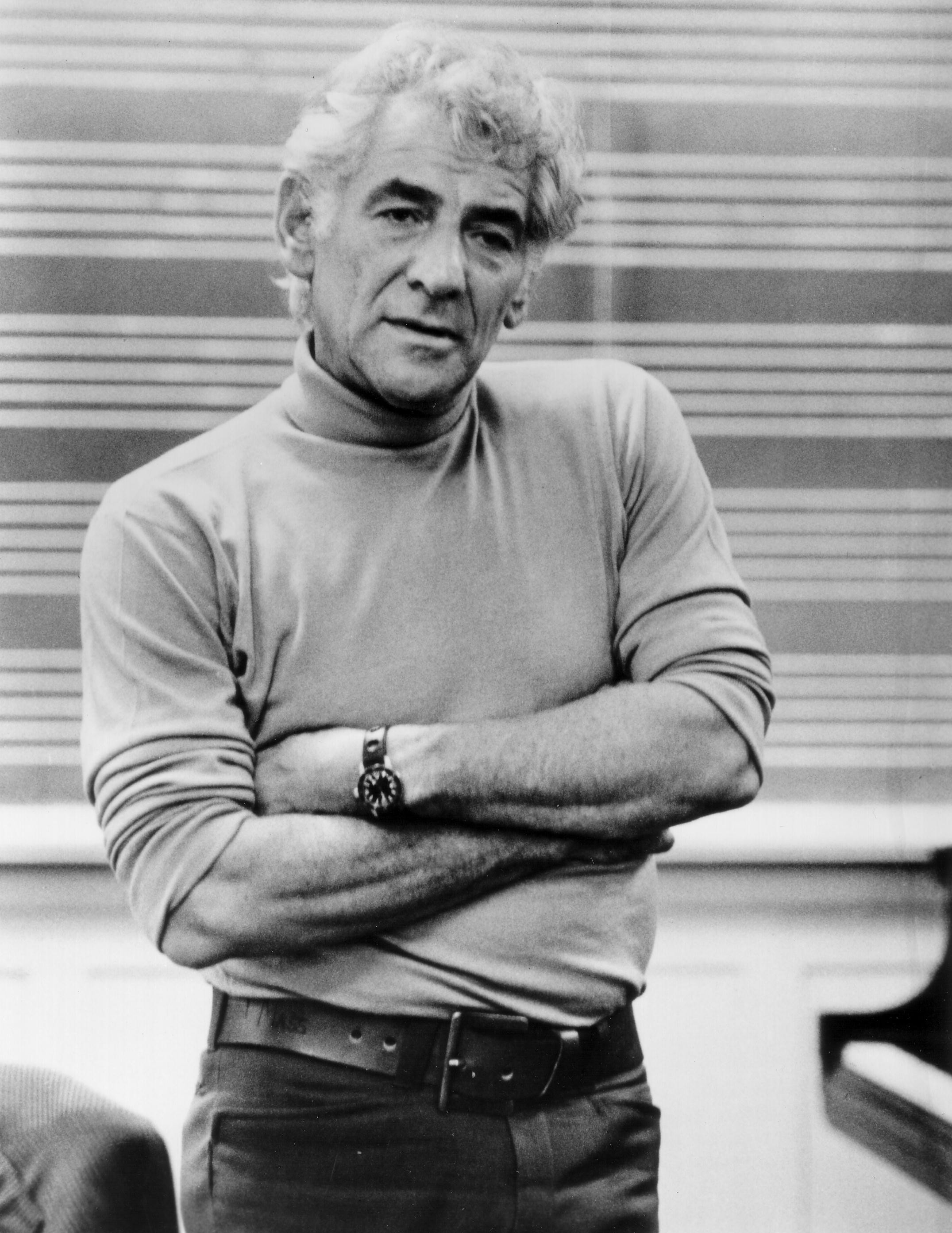 Leonard Bernstein (August 25, 1918 – October 14, 1990) was an American composer, conductor, author, music lecturer, and pianist. He was among the first conductors born and educated in the US to receive worldwide acclaim. According to music critic Donal Henahan, he was “one of the most prodigiously talented and successful musicians in American history.”

His fame derived from his long tenure as the music director of the New York Philharmonic, from his conducting of concerts with most of the world's leading orchestras, and from his music for West Side Story, Peter Pan, Candide, Wonderful Town, On the Town, On the Waterfront, his Mass, and a range of other compositions, including three symphonies and many shorter chamber and solo works.

Bernstein was the first conductor to give a series of television lectures on classical music, starting in 1954 and continuing until his death. He was a skilled pianist often conducting piano concertos from the keyboard.

As a composer, he wrote in many styles encompassing symphonic and orchestral music, ballet, film and theater music, choral works, opera, chamber music and pieces for the piano. Many of his works are regularly performed around the world, although none has matched the tremendous popular and critical success of West Side Story.

The Westport Library’s 2018 Malloy Lecture in the Arts, Bernstein on Broadway, celebrated the life and contributions of legendary composer and conductor the late Leonard Bernstein, specifically his influence on modern American musical theater. The evening was part of the worldwide celebration of Bernstein’s 100th birthday.

The first half of the evening focused on Bernstein’s innumerable contributions to Broadway and featurde a panel discussion with two of Bernstein’s three children, Nina Bernstein Simmons and Alexander Bernstein, moderated by conductor, composer and producer George Steel. The discussion was enhanced with extraordinary archival Bernstein family footage showing scenes of their life in Fairfield, summers in Martha’s Vineyard, and elsewhere.

The second half of the evening featured live musical performances of some of Bernstein’s most iconic pieces including selections from West Side Story, On the Town, and Wonderful Town. The selections were performed by Broadway soloists including Tony Award nominee Tony Yazbeck, Amy Owens and Bryonha Marie Parham. The evening also included a special performance by the Staples High School Orphenians. The evening’s Musical Director, Michael Barrett, also performed a four-hand piano arrangement of the Candide Overture with celebrated pianist Frederic Chiu.