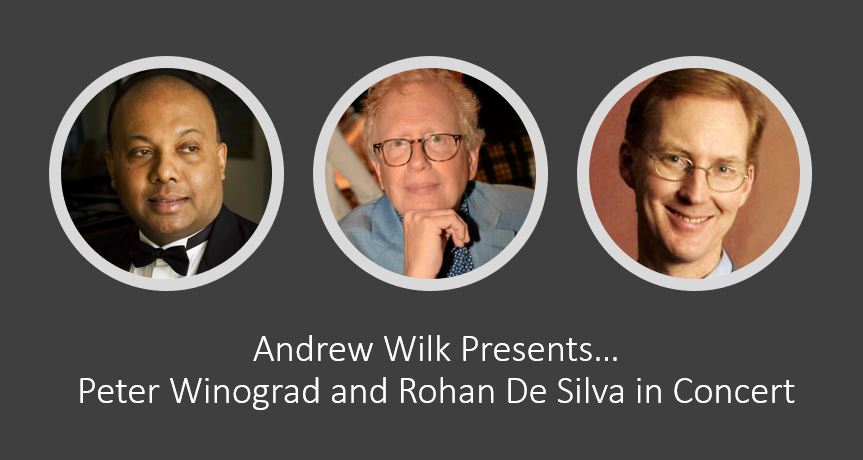 PLEASE REGISTER HERE FOR A SEAT IN THE FORUM

Peter Winograd (violin) joined the American String Quartet in 1990. He gave his first solo public per­for­mance at the age of 11, and at age 17 he was accepted as a scholar­ship student of Dorothy DeLay at The Juilliard School. Re­cog­nized early as an ex­cep­tion­ally prom­is­ing young artist, Winograd was a top prize winner in the 1988 Naumburg Inter­na­tional Violin Competition. He then made his New York debut to critical acclaim and has since appeared as a guest soloist with numerous orchestras and in recital across the country and abroad, including annual collaborative performances with cellist Andrés Díaz at the Florida Arts Chamber Music Festival. In 2002 Winograd performed the Sibelius Violin Concerto with the Hartford Symphony; his father, Arthur Winograd, was the featured guest conductor. Winograd has been a mem­ber of the violin and chamber music faculties of the Manhattan School of Music and the Aspen Music School (where the American is Quartet-in-Residence) since 1990. Born into a gifted musical family, Winograd began his studies with his parents. His mother was a pro­fes­sion­al pianist, and his father was the founding cellist of the Juilliard Quartet and a conductor of the Hartford Symphony in Hartford, Connecticut, where Winograd grew up. He holds bach­e­lor’s and master’s degrees from Juilliard. His wife, violinist Caterina Szepes, is a reg­u­lar participant in the Marlboro Festival and a member of the Metropolitan Opera Or­ches­tra. His violin is by Giovanni Maria del Bussetto (Cremona, 1675).