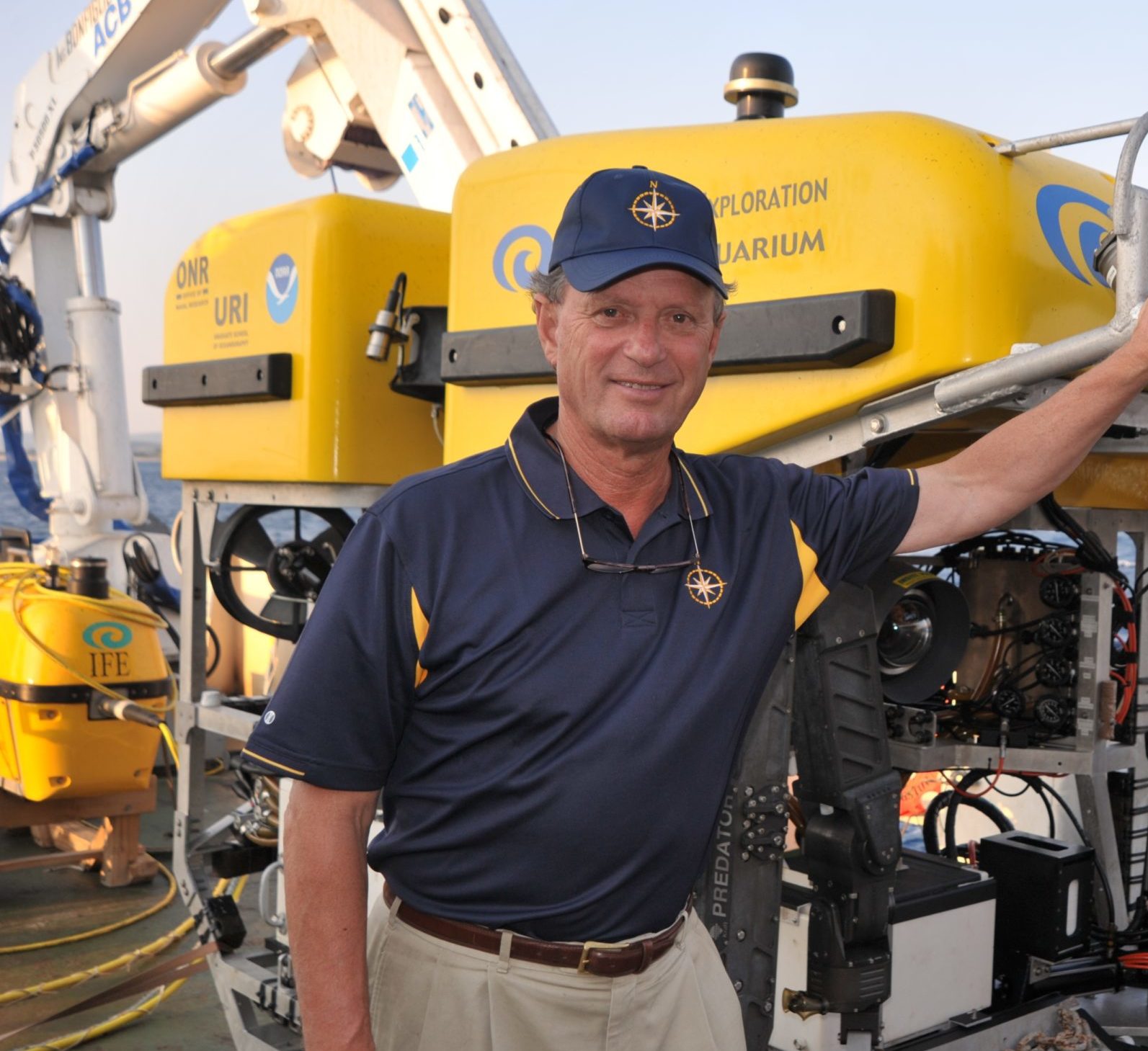 Please note: This event is sold out. Patrons wishing to be added to the wait-list may arrive at the Library at 6 p.m. on Thursday (2/13). If seats become available, we will seat wait-list patrons on a first-come, first-served basis.

Best known for his 1985 discovery of the Titanic, Ballard has tracked down numerous other significant shipwrecks, including the German battleship Bismarck, the lost fleet of Guadalcanal, the U.S. aircraft carrier Yorktown (sunk in the World War II Battle of Midway) and John F. Kennedy’s boat, PT-109.

While those discoveries have captured the imagination of the public, Dr. Ballard believes his most important discoveries were of hydrothermal vents and “black smokers” in the Galapagos Rift and East Pacific Rise, along with their exotic life forms.

In addition to being a National Geographic Society Explorer-at-Large and a commissioner on the U.S. Commission on Ocean Policy, Dr. Ballard is the president of the Ocean Exploration Trust and a Research Scholar at the Woods Hole Oceanographic Institution.

Ballard has a Ph.D. in marine geology and geophysics from the URI/GSO. He spent 30 years at Woods Hole Oceanographic Institution, where he helped develop telecommunications technology to create “tele-presence” for his education initiative, which allows hundreds of thousands of schoolchildren to accompany him from afar on undersea explorations around the globe each year.

Dr. Ballard has 22 honorary degrees and six military awards. He was also a Commander in the U.S. Naval Reserve, serving in the Navy from 1967 to 1997. He received the National Geographic Society’s prestigious Hubbard Medal in 1996 for “extraordinary accomplishments in coaxing secrets from the world’s oceans and engaging students in the wonder of science.” In 2014, he was elected to the American Academy of Arts and Sciences.

Series creator Andrew Wilk is a five-time Emmy Award-winning producer and director whose career has encompassed leading roles in many areas of commercial and educational content, including Lincoln Center, Sony Music Entertainment and National Geographic Channel. Drawing on Wilk’s diverse background as a television, film, music and media producer, this pioneering series will offer audiences extraordinary access to luminaries who are at the forefront of science, conservation, technology, and the arts and humanities.