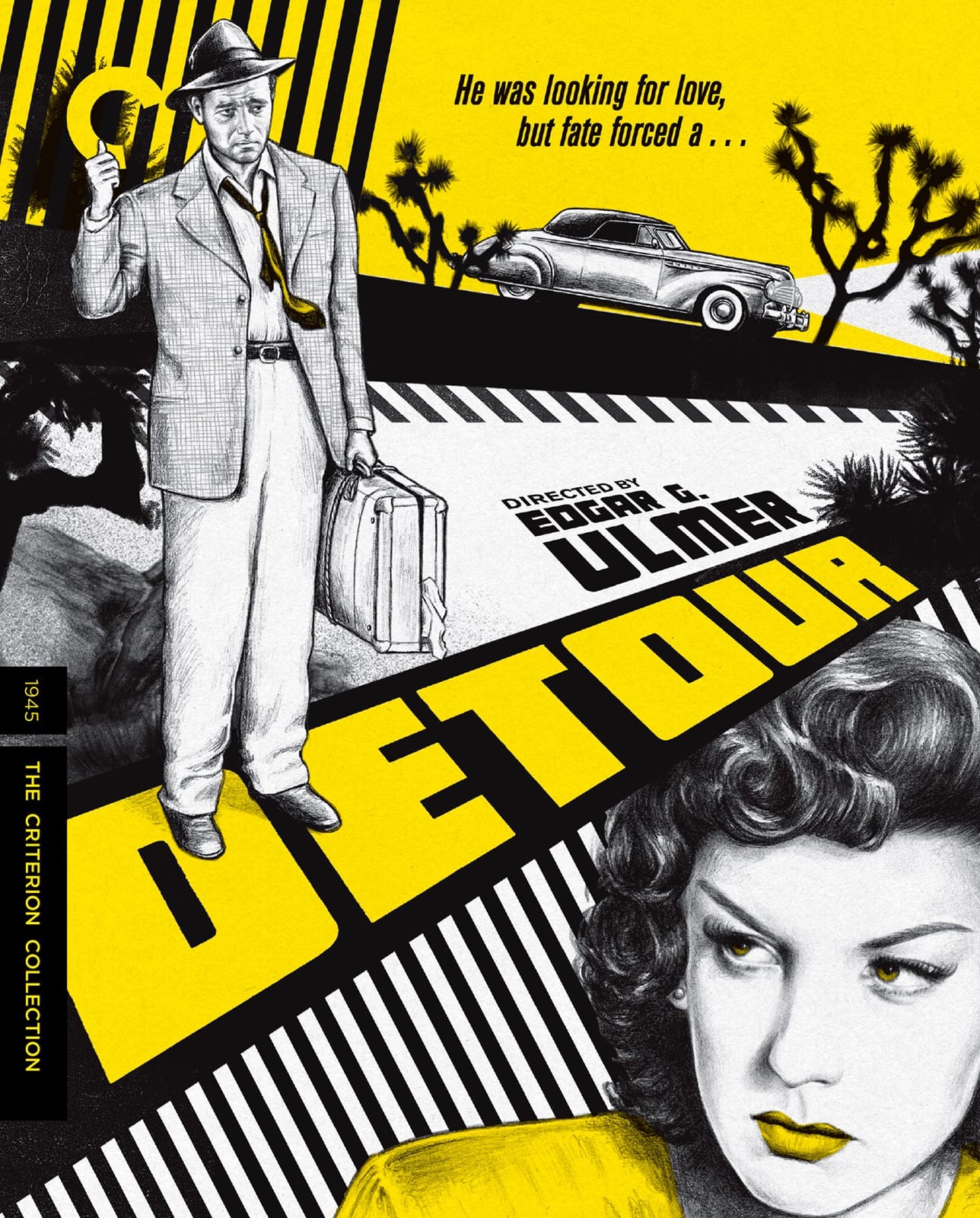 The Film Noir Film Series, inspired by the art exhibit "Double Indemnity", now on view in the Sheffer Gallery, continues on July 7th with the iconic film "Detour".  The film, made in 1945, was called by Roger Ebert "... an embodiment of the guilty soul of film noir. No one who has seen it has easily forgotten it."

Detour, directed by Edgar G. Ulmer, is summarized by The Criterion Collection as follows:

"From Poverty Row came a movie that, perhaps more than any other, epitomizes the dark fatalism at the heart of film noir. As he hitchhikes his way from New York to Los Angeles, a down-on-his-luck nightclub pianist (Tom Neal) finds himself with a dead body on his hands and nowhere to run—a waking nightmare that goes from bad to worse when he picks up the most vicious femme fatale in cinema history, Ann Savage’s snarling, monstrously conniving drifter Vera. Working with no-name stars on a bargain-basement budget, B auteur Edgar G. Ulmer turned threadbare production values and seedy, low-rent atmosphere into indelible pulp poetry."

Please register here for a seat in the Forum. This will be an in-person event.

The series continues on Thursday July 14, with a screening of  "Nightmare Alley."   Please check the website for updated schedule.