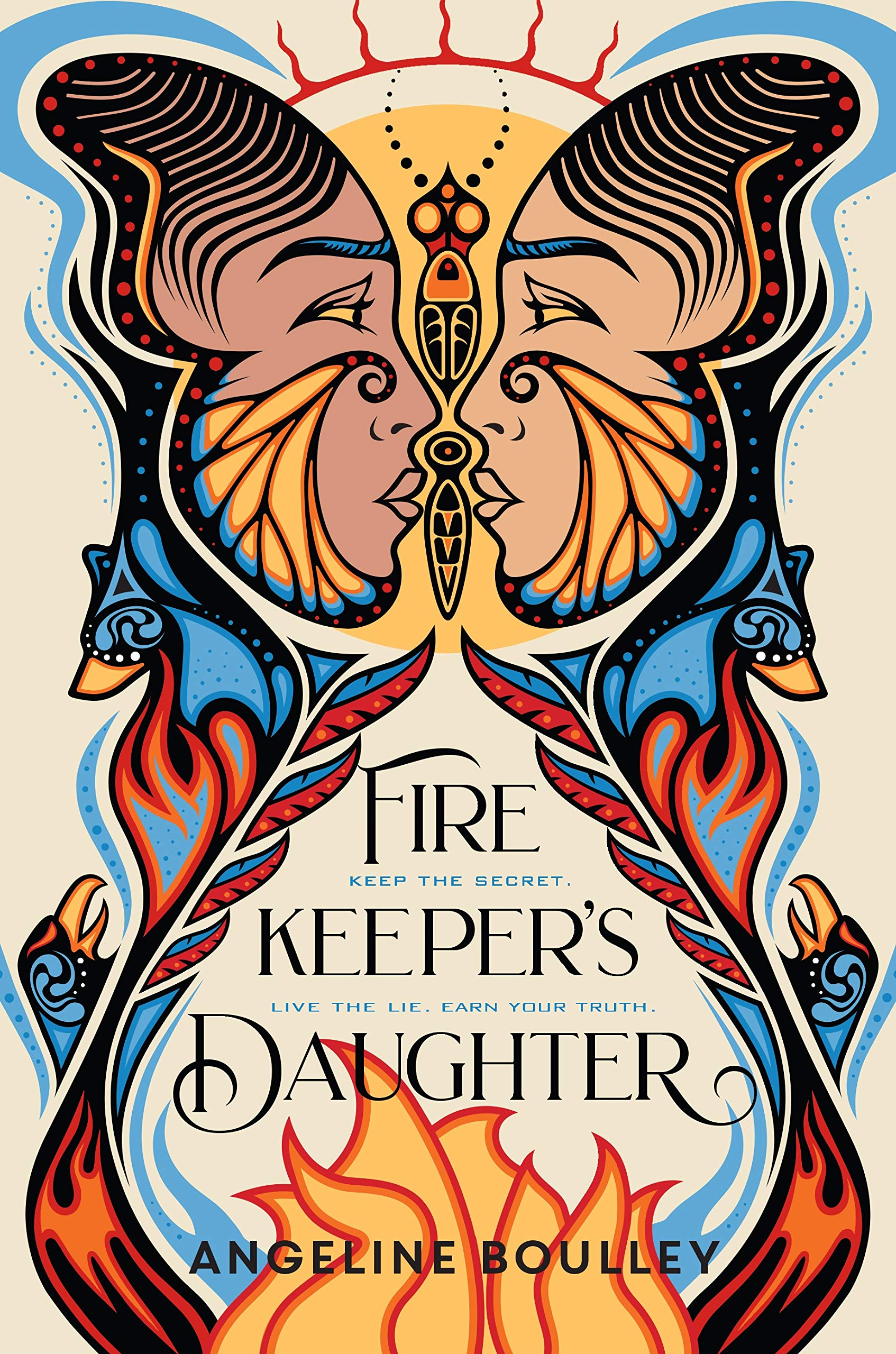 Author Angeline Boulley shares her novel, Firekeeper's Daughter, with Ramin Ganeshram and answers your questions. Firekeeper’s Daughter is the celebrated young adult novel published in 2021 centered on 18-year-old Daunis Fontaine, a Native teen who must navigate family tragedy, new relationships, and an FBI investigation to root out the corruption in her community.

Daunis Fontaine has never quite fit in, both in her hometown and on the nearby Ojibwe reservation. She dreams of a fresh start at college, but when family tragedy strikes, Daunis puts her future on hold to look after her fragile mother. The only bright spot is meeting Jamie, the charming new recruit on her brother Levi’s hockey team. Yet even as Daunis falls for Jamie, she senses the dashing hockey star is hiding something. Everything comes to light when Daunis witnesses a shocking murder, thrusting her into an FBI investigation of a lethal new drug.

Registration is strongly encouraged for this in-person event.

Angeline Boulley, an enrolled member of the Sault Ste. Marie Tribe of Chippewa Indians, is a storyteller who writes about her Ojibwe community in Michigan's Upper Peninsula. She is a former Director of the Office of Indian Education at the U.S. Department of Education. Angeline lives in southwest Michigan, but her home will always be on Sugar Island. Firekeeper's Daughter is her debut novel, and was an instant #1 NYT Bestseller.

Ramin Ganeshram is the executive director of the Westport Museum for History and Culture. Ramin was educated as a journalist at Columbia University’s Graduate School of Journalism and has spent her career researching and writing about culture and history as both a features writer and editor and through the context of food and travel. She is also a professionally trained chef. As a writer Ramin has written seven books and has contributed articles on historical America, immigrant foodways and colonial New York cuisine and commerce to the Oxford Encyclopedia of Food & Drink In America, Savoring Gotham, and the Food Cultures of the World Encyclopedia. Ramin has also been a peer reviewer for the Journal of Food, Culture, & Society. She has been a speaker at City University of New York, The New York Folklore Society, the American Library Association and others.

Firekeeper's Daughter has a riveting plot that has all the hallmarks of a crime thriller while simultaneously questioning all the assumptions that the genre usually makes about policing and justice. I hit the middle and then couldn't put it down. But Firekeeper's Daughter is so, so much more than a thriller or a mystery.  NPR

Featuring prolific use of Anishinaabemowin (Ojibwe language), this wonderfully tribally specific story offers powerful messages about what it can mean to be an Anishinaabe kwe (Ojibwe woman): “complex and sometimes exhausted, but mostly brave.” Hitting hard when it comes to issues such as citizenship, language revitalization, and the corrosive presence of drugs on Native communities, this novel will long stand in the hearts of both Native and non-Native audiences.  Publisher's Weekly