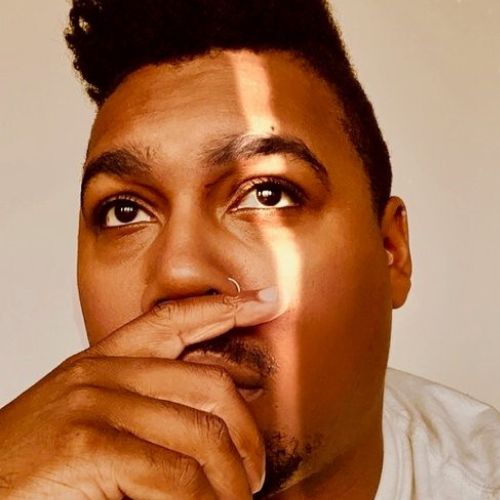 Saeed Jones is the author of the memoir How We Fight For Our Lives, winner of the 2019 Kirkus Prize for Nonfiction and the poetry collection Prelude to Bruise, winner for the 2015 PEN/Joyce Osterweil Award for Poetry. His work has appeared in the New Yorker, New York Times and GQ among other publications.

In 2019, Terry Gross interviewed Saeed about his memoir for NPR's iconic radio program Fresh Air. And since then, he has appeared as a contributor on many other public radio programs, including NPR's Pop Culture Happy Hour, It's Been A Minute with Sam Sanders and All Things Considered.

Saeed worked at BuzzFeed News from 2013-219, beginning with his stint as the founding editor of BuzzFeed LGBT and then BFN's Executive Culture Editor before hosting @AM2DM, a live Twitter morning show for two years.

With a following of more than 200K on Twitter, Saeed has become known not just for his award-winning books but his capacity to bring humor, candor and, of course, ferocity to seemingly every news and pop cultural topic under the sun — except if something involves Elon Musk. He simply refuses to talk about Elon Musk. And that's called having taste.
REGISTER HERE

Book: How We Fight For Our Lives
Genre: Poetry
Panel: Keynote
Date: Sept.9
Time: 6 pm
BACK TO STORYFST